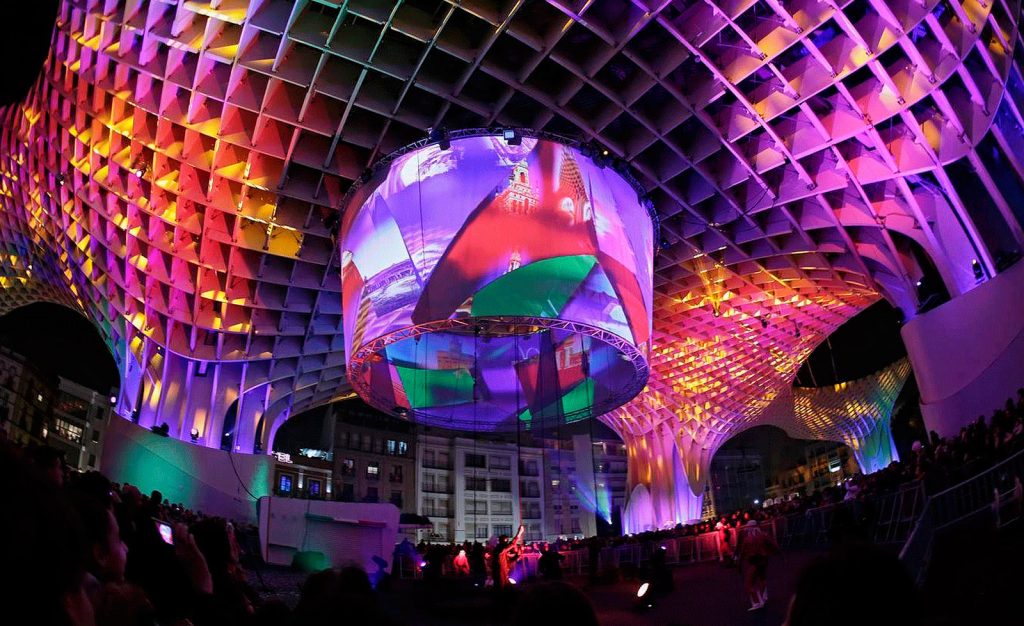 Christmas is a special time of the year for many people around the world, and Seville is no exception to that, in fact you could say for many here in the city it is easily the most awaited moment of the year and they spare nothing to make it a special time for everyone. As you wander the city you will see towering Christmas trees covered in lights and decorations, and the streets will also be likewise decorated, and shop windows are competing with each other for the best showcase.

The markets will be also in full swing, and unlike most European cities, Seville has more than one and they do not all open at the same time and each one offers different wares. The first to open, and its early is the Fiera del Belén, or the fair of cribs, considered by many as he most important nativity markets in the whole country. It is running from the 13th November until the 23 December, located outside of the cathedral. Here they sell all the Christmas decorations and the figurines for the nativity scenes which figure prominently in most Spanish homes at this time of year, and you will find many ornate handcrafted pieces. Apparently the Spanish have a great sense of humour because you will also find figurines which otherwise would never normally appear in any nativity scene you may have seen before, they depict someone doing their “business”. This figurine is know as a cagon and is hidden somewhere in the scene, they are often someone from politics or popular culture, acting as a comment on certain aspects of society.

The Mercados Navideños is another market situated along the very busy street of Avenida Luis de Morales between the Plaza Nervion and very near to the Seville football stadium, and runs from the 2nd Dec to the 5 January 2017. You are likely asking yourself, why is the market continuing on till January? Well in Spain the tradition of gift giving actually occurred on the 5th January, otherwise called the day of the three kings, though this tradition is slowly changing but is still recognized as the real day that Christmas is celebrated. This particular market is a more traditional type of market offering the usual fair though it does proclaim to offer decorations and presents not seen anywhere else, also there are many opportunities for dinning.The one thing though that sets this market apart from all the rest is the little unique log cabins that serve as stalls for the vendors, with each having a special design that is not revealed until the last moment.

One of the more unique and likely the most anticipated markets is the the one in the Plaza Nueva, this market typically houses around 80 different stalls and is dedicated to the craftsmanship typical of the artisans of Seville. This market opens on the 14 December and runs until the 5th January 2017, this is a market which one will find many fine examples of potter, jewelry, leather and glass, wooden toys, clothes and other fine products of Andalusia.

Now, I don’t wish you to think that Christmas markets are the only things going on during your stay here in Seville, because that is not true, if you enjoy beautiful classical music, don’t miss the opportunity to see and hear the Real Orquesta Sinfónica De Seville. The orchestra is performing the music of Georg Friedrich Hândel, El Mesías and tickets for this performance are for either for the Wednesday or Thursdays performances. Of course if this is too high brow for you as you walk the streets there are many roving groups of carollers to entertain you singing the traditional Christmas songs that many of us grew up with in our youth.

Seville’s famous Metropol Parasol, in Plaza de la Encarnación is the location for a rather unique Christmas market that is also connected by a specially built train to Alameda de Hercules. What makes these two markets unique is the fact that they have combined the markets with a variety of attractions and special performances, for the whole family. The attractions that can be expected are Disney characters, pony rides and ice skating, not to mention present and other activities geared towards the families. These two markets open on the 5th December and end on the 5th January 2017.

So come to Seville, and experience Christmas in a way you never have before, learning the traditions and sharing in the joy of the season  with the amazing people that call Seville there home, perhaps even make some of their traditions yours.

During the Christmas we arrange a wide list of experiences to make your time as special as possible. You will be amazed how much Seville has got to offer. Check out the full list of our activities in Seville as well as in Andalusia.

2 thoughts on “Christmas In Seville”