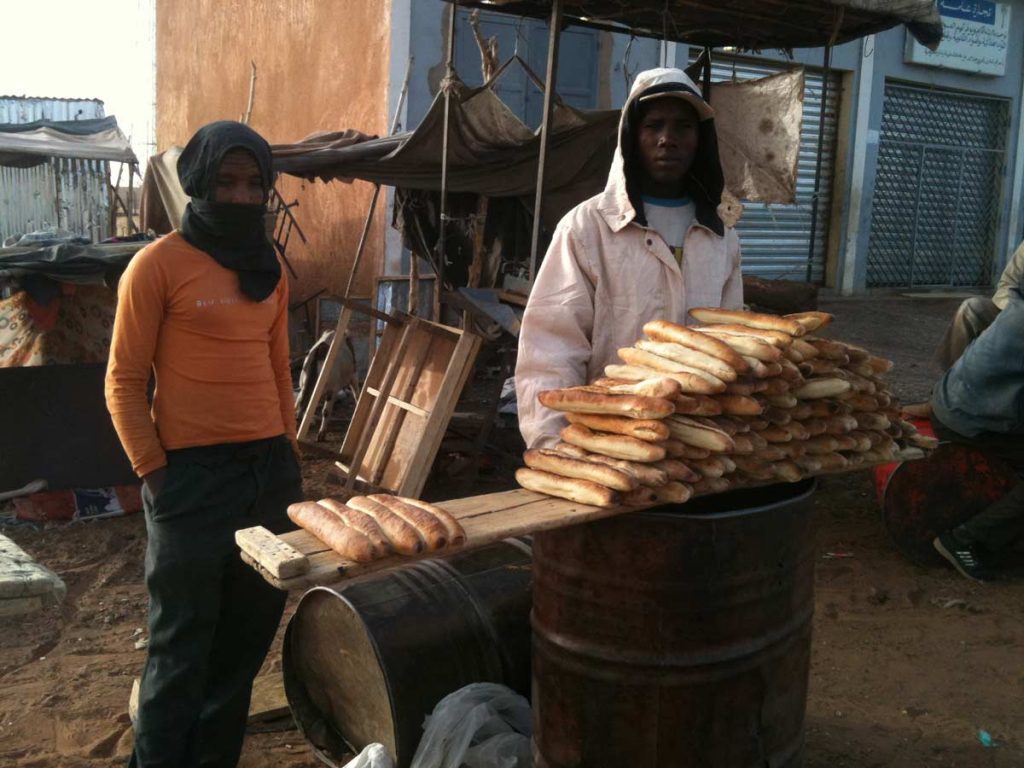 3 months ago I even didn´t know where or what Bamako was. In Mali? Well, where was Mali then? And as soon as we got moving, leaving Madrid in the last hectic day of finishing off the house moving we knew that our next stop will be Bamako. This way we could start the trip somewhere in black Africa and make our way back to Spain. Unluckily, we did not manage to get any shipping company or airlines willing to ship the bike to Dakar. So in a single act of resilience we decided to ride the bike all the way down as fast as possible and start the trip in Dakar. But, then I stumbled upon the web site of a music festival in Mali and thought it would be a great idea to pass by as Mali has been always on our mind because of its great music.

What we did not know that well was that the 5800 km which separated Madrid from black Africa were not that easy to be done. It took us 15 days to get to Bamako. Doing 400 to 500 km each day spending between 7 to 9 hrs on the road.  The culminating moment was the very last day when tired of all these consecutive and endless days of riding we decided to get to Bamako on the same day no matter how far it seemed to be. And believe me it was further than we thought. We ended up riding for more than 16 hrs starting at 8 am and finishing at 1 am next day with only a few stops to stretch the legs, refill the tank or cross the borders.

By the time we got to Bamako we were 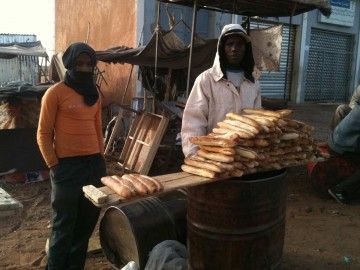 already so exhausted that we kind of run out of energy. We did but the motorbike did not! Fever, Headache, sore muscles, diarrhea. You call it w got it. As for the bike we had to do the usual maintenance: changing the back wheel and the battery, which was half dead and cleaning the carburetor. During all those hours of crossing the Sahara Bamako was converted into a kind of Promised Land. As we were sitting on the roadside to eat our stale bread during  short stops we were dreaming with Bamako, comfy beds, a clean room, washing clothes, removing the sand from our helmets, pockets & bags, staying in a place for a few days, night life,…. Simply not having to pack, ride and unpack again.

How wrong we were. I had this friend in Bamako working for an NGO. A few days before heading to Mali from our paradise-like camping in Nouakchott we send him an email to let him know about our arrival. We were all excited to be in somebody´s home with all the commodities, especially somebody who lives there and has all the answers to all our questions. Our hopes and expectations were already too high by the time we got to Bamako. There we had to look for an internet cafe to check his answer & phone number and call him to ask for his address. We found the internet, we asked somebody to let us make a phone call from his mobile phone. We called and our friend happened to be in an open air club dancing. With a cheerful and surprised voice he asked us to join him to dance! 17 hrs of restless riding though the Sahara rounded up by a dance session in Bamako? It could have been a very attractive idea but not that realistic as I already had exceeded my limits.

So we decided to look for a camping for this night. Again how wrong we were. What we did not know was that Bamako was fully booked with all the people flying down to the festival as if there was it was not the most dangerous place on earth. After 16 hrs of riding we ended up riding around Bamako looking for a place to sleep for 3 more hours. The only thing we could get was a place on the roof in one of the overbooked places and that was the last thing my body could ask for.

The last days of Mauritanian have been already quite tough. An infinite quest for finding gas for the bike, some edible food for us and a place to sleep.  During 3 days we were desperately concerned about the gas as they only had diesel. In a few place we could consider ourselves lucky to find gas in the black market for almost 2 € a liter. In Other towns not even that. 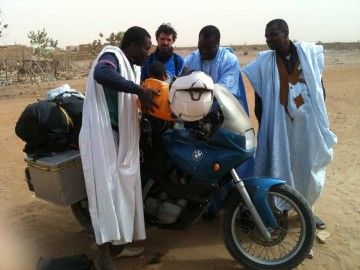 As for food there was the same problem.  Nothing else than bread and meat, which was hanging on the roadside in a not much seductive way for my vegetarian eyes. Still I was really happy to find out that the only choice I had for the remaining time in Mauritania was this delicious bread, sold fresh and hot and which turned out to be quite filling too.

The accommodation was not much better. Even though the bed sheets were clean and the mattress reasonably new the chances of sleeping were quite low either because there were badly ventilated rooms where the day heat has been accumulated or because the mosquitoes have founded their bastion there, or because of all the neighboring mosques, which would take their duty to seriously and sing or rather shout their call for prays in the most inconvenient times: 4.30 to 6.30 in the morning.

In our last night in Mauritania in a failed act of back to nature & away from the mosque calls we decided to camp close to a quiet and picturesque village. It was shortly before 6 pm and we knew that if we didn´t reach the next city with a hotel –surely next to the mosque- we would not be able to pass the check points and will have to sleep with the police. So instead we stopped in the most peaceful village at dusk. Walked into the village and tried to talk to the villagers. A smiling kid came to us and shook my hand with a big and welcoming smile. My only concern was the water as we were in the desert. So the first thing I asked for was the word “al ma” –which stands for “water” in Arabic and to my surprise he understood me and with great joy took us to the well. If I learnt something about Mauritania is the fact that water is no problem at all. That was the only communication we could have with the villagers as apparently they are not that interested in having anybody around. Hardly had we put up our tent and were about to lay down and relax far from anybody and anything human made joking about  how we were ignoring all the security rules and cautions for foreigners and the risk of being kidnapped that we found a police car in front of us.

The villagers had called the police to come for us. So instead of sleeping the night in the middle of the desert nice and quiet we spent the night next to the noisy and dusty checkpoint with all the big trucks stopping in front of our tent for the control. And now after having gone through all these hardships it seemed just so unfair to go around the Bamako to find a place to sleep. The only thing we knew for sure was that tomorrow will be a better day. And it always is.

5 thoughts on “THE LONG ROAD TO BAMAKO”