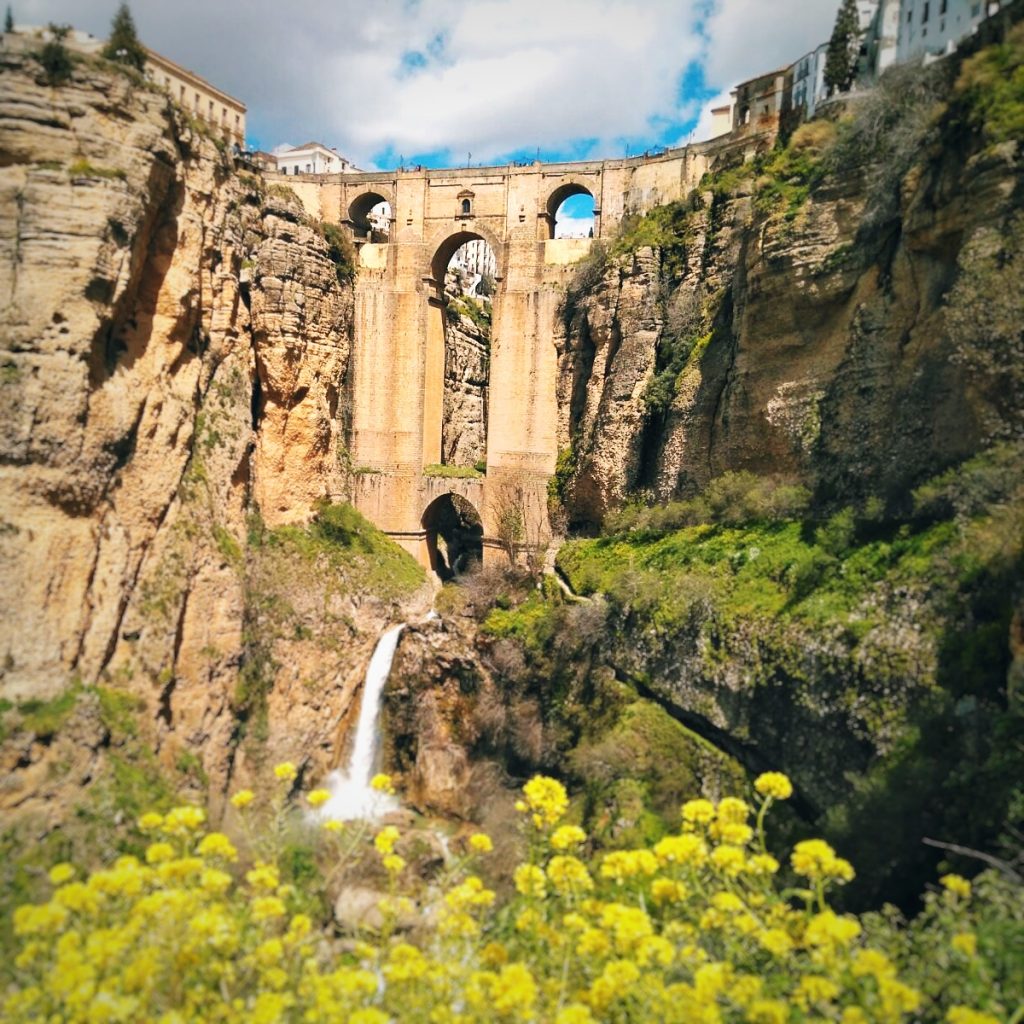 A Day Trip to Ronda from Seville

There are certain places in the world which are just special. Ronda is one of those places. This ancient town is packed full of history, culture, and beauty. What’s more, a day trip to Ronda from Seville is an incredibly easy thing to do. You can even stop off there on your way to Granada with a hotel transfer!

Ronda was originally built fifteen kilometres away, in the valley, by the river loving Phoenicians. However, those war loving Romans decided it would be best to move the whole town onto the cliff top, as here was better for defence. Quite often in history whole towns have been moved, but very rarely as dramatically as this. This move left the fertile valley, and surrounding rolling hills, to be left vacant for olive trees and vineyards. You will drive through this beautiful landscape on our day trip to Ronda from Seville, and can even stop off at an olive oil factory, and vineyard should you so desire. 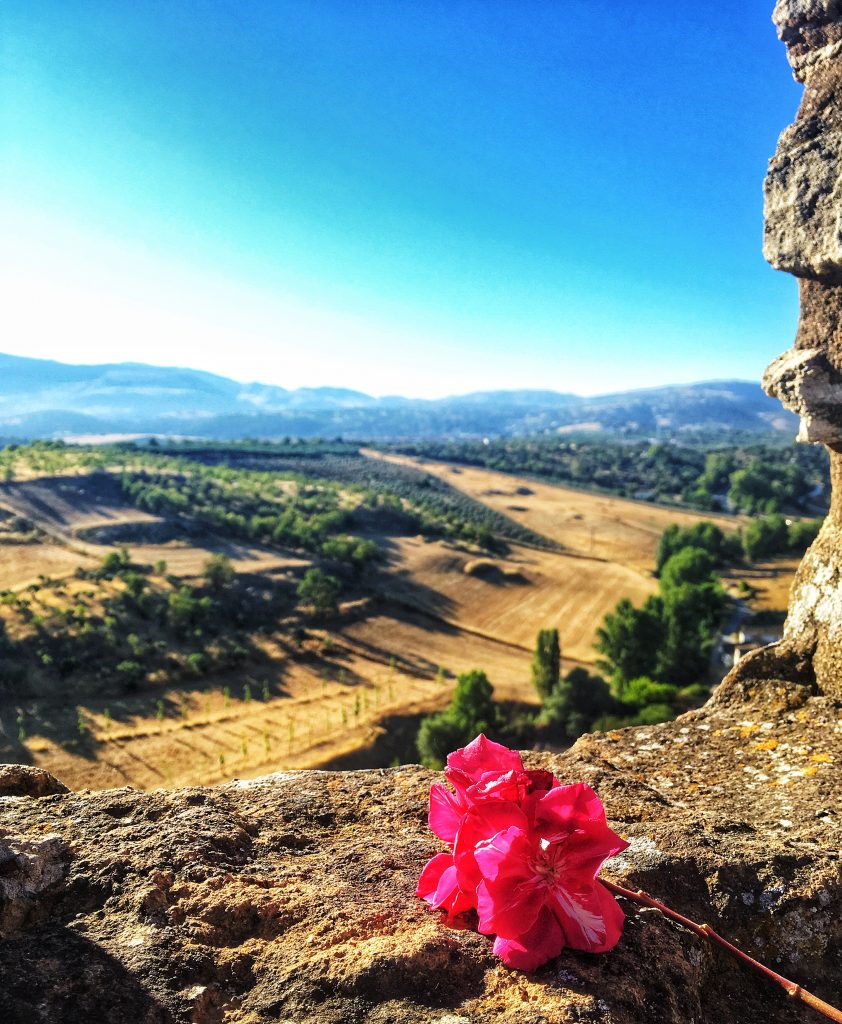 After the fall of Rome, the next big dynasty to reside in Ronda were the Moors. The town became an important trading post for them, and many buildings remain from this time. Much of the Moorish city walls still remain, as does their bridge and baths. The most interesting artefact left by the Moors, though, is probably the Palace of the Moorish king. This complex of verdant gardens is home to La Mina, a tunnel down to the river. Ronda is built on an imposing cliff top, right next to a deep gorge. This situation, combined with the large city walls, meant that it was practically impossible to invade Ronda. The only was to conquer the town was by putting it under siege and trying to starve its people into surrender. However, the Moors dug a tunnel from the city down to the bottom of the gorge, a point not possible to be reached any other way. This tunnel to the river meant that the town’s people always had a supply of fresh drinking water and so could stay inside their walls forever.

Eventually, in 1485, the Christians did manage to conquer the city. Most of the buildings you will admire on a day trip to Ronda from Seville today, have been built after this date. One of the first things the Christians did, upon capture of the new city, was build a new entry way. A new gateway into the city was constructed, and a bridge leading to it. This bridge became the second of three to be constructed across the river. Each bridge was built deeper into the gorge than the last, thanks to advancements in technology. It is the newest bridge that most people on a day trip to Ronda from Seville come to see, however. The Puente Nuevo (New Bridge) is an iconic feat of engineering which features on Spain’s tourism campaigns. Built at the deepest point of the gorge, the one hundred metre high bridge is an impressive sight to behold. There’s even a waterfall underneath it! construction started in 1759, and it took the best part of thirty years to complete.

Once the New Bridge had been constructed, buildings quickly began sprouting on the opposite side of the gorge. Most notably, the Parador hotel, and the world’s oldest bullring. Bullfighting as we know it today was developed in Ronda by successive generations of two rival families: the Ordóñez and Romero clans. Before these two families began developing the fights into a spectator sport, getting ever riskier and more ornate in their fights, it was simply a way to kill the bull whilst showing how manly you were. When the bullring opened in 1784, it took it’s place in history as the first arena for watching the killings.

The area around Ronda was famed for its bandits. But by the 1800’s, the stories of these thieves, combined with the beauty of this location, had began to attract a more sedate form of vagabonds. So called Romantic Travellers, began to come here to tell the stories of the place. Washington Irving was enamoured by the stories of the bandits, and Ernest Hemingway loved them so much that he joined them. The experiences he had whilst working as a volunteer ambulance driver during the Spanish Civil War led to him writing For Whom the Bell Tolls. One notable part in the book is the tale of rounding up fascists and forcing them to march off the cliff. It is said that Hemingway saw this happening in Ronda.

Clearly then, Ronda was a hotbed for the enemies of Franco, one such was the writer Blas Infante. The writer was murdered by Franco for his Andalusian nationalist sensibilities. Infante believed that the southern Spanish state should be an independent country. It was, in fact, in Ronda, in 1918, that Blas Infante unveiled the flag and crest of Andalusia. Symbols that are still used today.

This beautiful area of the countryside, clearly has a lot more to offer than initially reaches the eye. As such, a day trip to Ronda from Seville, is the perfect compliment to any trip to the big city. Not only is coming out to Ronda a perfect break from the busy hustle and bustle of the city, but upon return you will be able to appreciate the culture of Seville on a much deeper level.