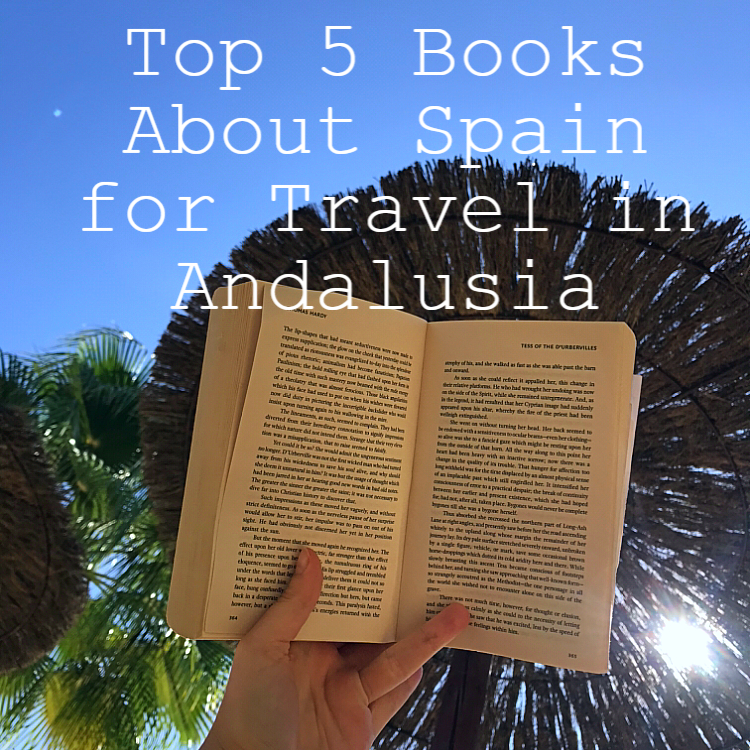 Are you looking for a unique travel guide of Southern Spain? Did you know that researchers in Spain discovered that our brain reacts to some words in the same way as actual experience? There’s no better travel guide to a region than the stories told by its inhabitants and no trip is complete without a book tucked away in your suitcase. Whether it helps you relax at the beach or inspires adventure and discovery, it’s a necessary component of a good holiday. If you’re unsure which books will be best to enhance your experience of Seville and beyond, look no further! Travel Andalusia with your imagination and your feet with this list of the best books about Spain.

This is one of the best books about Spain for any book worm heading to Seville. Miguel de Cervantes is Spain’s most significant literary prodigy and Don Quixote is his most famous work. It narrates the tale of the adventure-loving Quixote and his journeys in heroism and chivalry across Spain. Cervantes moved to Seville in the late 16th century and had quite a tumultuous time in the city. Due to his failure to pay his debts to the crown, he was sent to prison. Rumour has it, that it was in the Seville Royal Jail that Cervantes brought the well-meaning but delusional Don Quixote to life. What better city to begin your tour of Spain than the birthplace of its most famous traveler?

Don’t miss your opportunity to visit the bust commemorating the writer outside during your stay in Seville. Join us on one of our walking tours and visit an important piece of literary history!

Seville is truly a city of poets! Our choice of walking tours are great opportunities to wander through the streets of the Jewish quarter or into the lush greenery of the Maria Luisa park. Here, you’ll find the impressive sculpture of Bécquer’s poetry, depicting the three types of love in female form. He is one of the most widely read Spanish writers, with his poem ‘Rhyme number 21’ regarded as one of the most popular poems in the Spanish language. Discover his romantic poetry in the Collected Poems of Gustavo Becquer and perhaps pick up some Spanish vocabulary to practice!

However, Bécquer isn’t the only poet commemorated throughout the city. If you wander into the Jardines de Cristina, you’ll find the verses of the 1927 generation engraved in stone. They were famous for rejecting traditional poetic structures and favouring the hugely influential styles of surrealism and metaphor. With their poems in hand, you can lose yourself in the passionate, romantic culture of Andalusia that has captivated visitors for centuries.

Seville is a literary hotspot, but it’s also a backdrop in film and television too. Seville’s grandiose Alcazar is the setting for the kingdom of Dorne in George R.R Martin’s Game of Thrones series. Why not try our guided tour of the Alcazar and Cathedral and take the book along? Not only will you marvel at the ornate décor of the palace, but you can also sit down to read in the shade of the garden. Enjoy the gentle buzzing of the parakeets in the trees above as you live your own historical fantasy. Whilst Game of Thrones isn’t strictly one of the best books about Spain itself, it’s certainly one of the best choices to help immerse your imagination in Andalusia’s historical landscape.

Ornament of the World by María Rosa Menocal

If you’re looking for a historical tour of Andalusia, then this is the book for you. This non-fiction study examines the fascinating historical influences of Southern Spain. It’s one of the best books about Spain for anyone who wants to learn more about the religious influences that contribute to Seville’s bold and striking architecture. You can figuratively step back into the golden age where Muslims, Christians and Jews lived together with co-operation and respect.

Bring the book along for your trip to Seville and observe the past outside of the page with a visit to Seville’s magnificent cathedral . Explore how Christian’s built one of the most famous cathedrals on the foundations of a mosque! A few yards away from the cathedral, you can also stroll into the Santa Cruz quarter and visit a number of synagogues. This book will be the perfect companion to illuminate the living and breathing history of Seville!

South of Granada by Gerald Brenan

This literary classic is very accessible to Western travellers to southern Spain, as it details the autobiographical experience of Gerald Brenan, a member of London’s infamous Bloomsbury group. The book begins as he becomes, well, not just a tourist. He moved to Spain in 1919, and lived in Andalusia for seven years. He writes about local customs, legends and the vibrant landscape of Yegen and beyond. Take a day trip to Granada and witness the Sierra Nevada mountains, the backdrop of much of the book. Perhaps you can even wander into the ‘gypsy caves’ and witness a private flamenco show that evokes the electric atmosphere of Brenan’s book. Through his literary lens and your own, you can unearth the most authentic ways to experience and travel in Andalusia.

We hope our list has convinced you that these are the best books about Spain. Are you inspired by the adventures of Don Quixote? Do you feel ready to horse-ride over the hills and into the setting sunset? Now you’ve packed your books, now we can help you plan your next step! Step out of the page and into your own story.