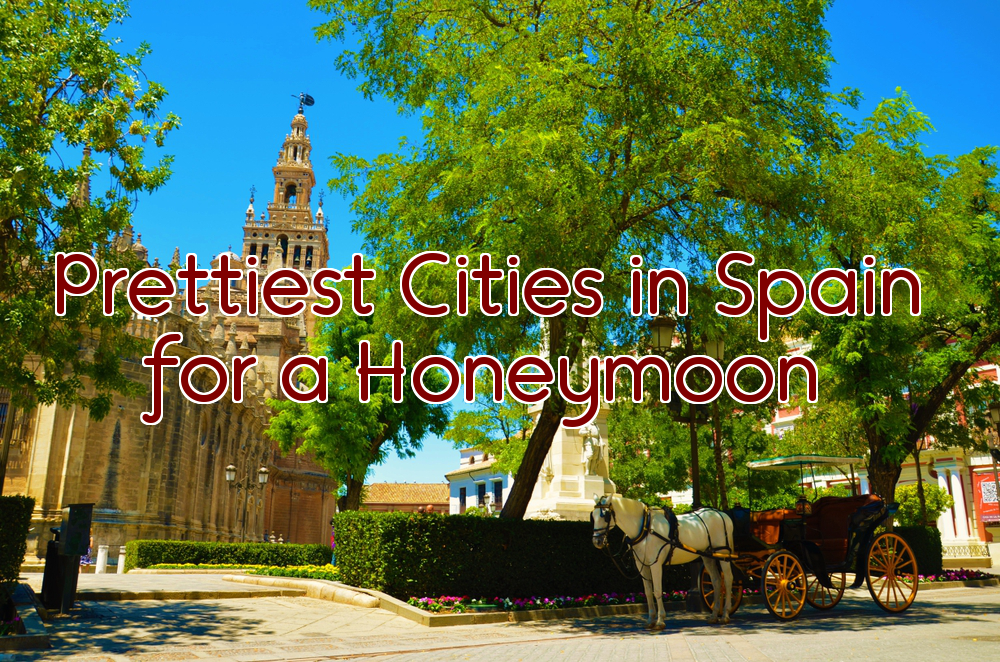 If you’re planning on going on a honeymoon in Spain, then Andalusia, the southern region surrounding Seville is the perfect place for it. Amazing culture, wonderful landscapes, charming cities, fantastic food and a vibrant atmosphere are amongst the things you will remember after your honeymoon in Seville/Spain. It’s no coincidence that famous romantic travellers and authors such as Washington Irving, Ernest Hemingway or Orson Welles chose to spend years and years in this very romantic region of Europe. Andalusia is also famous for its fantastic food, tapas, as well as its rich wine, that usually accompany an evening filled with laughter, music and dance, such as Flamenco for instance, of which Seville is the birthplace. 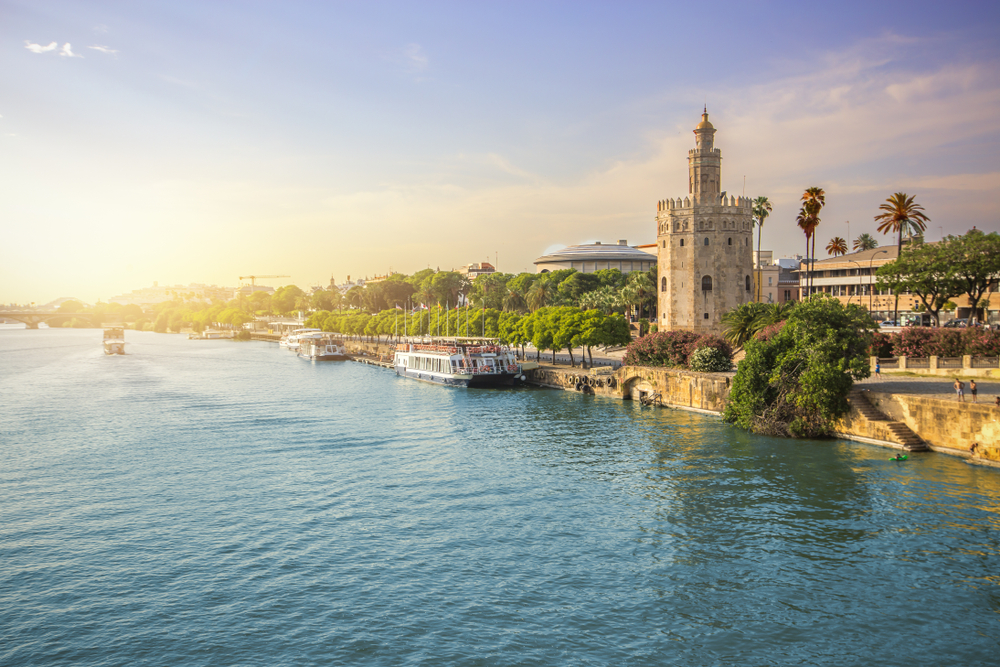 Seville: The City of Moors and Flamenco

The first stop of your honeymoon in Seville/Spain should probably be Seville itself for the simple reason that the city has a well-deserved airport and is perfectly situated to start your trip. For some, an alternative could be to fly to Jerez de la Frontera. No matter when during your trip, Seville should be on your itinerary. It is the city of flamenco, of love and of passion after all! Seville is also a great place to rest after your flight, it offers plenty of gorgeous boutique hotels as well as delightful rental apartments.

A perfect day in Seville could look like this: Start by visiting the beautiful Alcazar. Probably one of the most romantic locations in Spain, the Real Alcázar is a royal palace built in mudéjar style, a mix of Catholic and Muslim elements of arts and crafts that is unique in the world. The palace features colourful chambers that seem to come out of the tales of One Thousand and One Nights as well as lush gardens, sunny patios and gorgeous water fountains! This is definitely a must during your honeymoon in Seville/Spain. Be careful though, book your tickets for the Alcazar and the Cathedral in advance, they sell out quickly, and the few that don’t can only be purchased after queuing for hours under the scorching sun!

Right next to the Alcazar there is the world’s biggest Gothic Cathedral, the Cathedral of Saint Mary of the See, that features very impressive architecture, a spectacular art collection and the tomb of Christopher Columbus. Next to the cathedral, you’ll find the awe-inspiring Giralda: the bell tower that offers magnificent views over the city. To fully take advantage of these unique places we strongly suggest to book a private guided tour, which combines both and is the perfect opportunity to learn about the city’s rich history and cultural heritage. 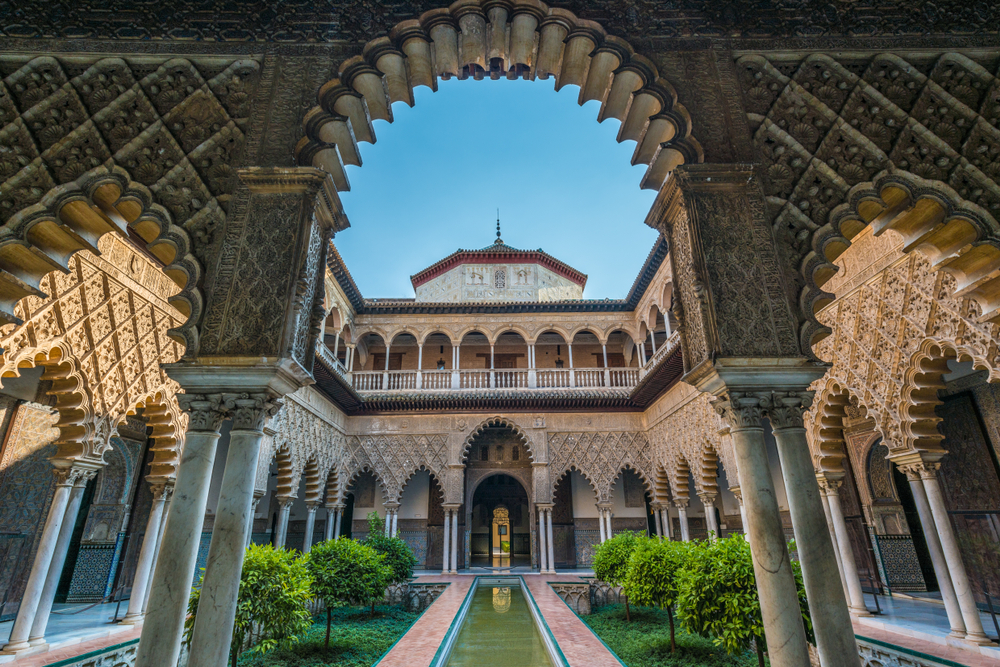 Afterwards, after lunch and a typical Andalusian siesta, you could hop on a private cruise boat on the river of Seville, the Guadalquivir, enjoy the view, maybe even a glass of champagne. Or, alternatively, just walk on the banks of the river while admiring the colourful neighbourhood of Triana on the other side. Make a stop on the Puente de Triana (Also known as Puente de Isabel II) and take a look at the sun setting behind the Torre del Oro, a military tower on the banks of the river that dates from the 12th century.

The best and most romantic part of the day during your honeymoon in Seville/Spain probably comes in the evening, first of all, you get to go for tapas, which is both a type of dishes and a specific way of eating these dishes and then you can discover Flamenco in its birthplace. For recommendations on where to eat check out our two guides, either go for tapas bars (click here for a guide to the best tapas bars), which are more relaxed, informal and where you’re not guaranteed a seat but that offer a fantastic atmosphere or go for a restaurant! Seville has many wonderful restaurants (click here for a guide to the best tapas restaurants).

If you would like to discover tapas and flamenco with a passionate guide, we strongly recommend a tapas & flamenco tour! The guide will take you in some of the best tapas bars of the city-centre, introduce you to the best and most typical dishes, and then you will have the privilege of witnessing an original flamenco show in an intimate setting.

Alternatively, a wonderful evening could mean discovering the gorgeous original Moorish baths that still operate as a SPA today, in Seville, in the beautiful Jewish quarters of Santa Cruz, in one of the most charming streets in Seville, Calle Aire, you will find the Ancient Baths of AIRE. These baths are the perfect romantic getaway for couples. Take the time to relax and forget that time even exists. 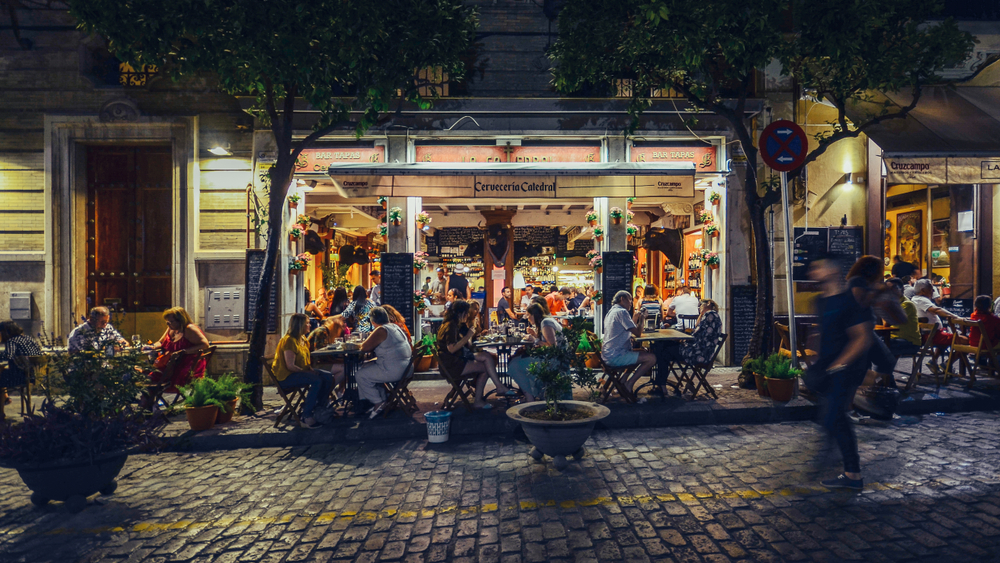 Ronda: The City of Romanticism

If there’s one city that can be called romantic it’s certainly Ronda and romantic writers from the 19th and 20th century certainly agreed. Ronda has been mentioned in literature too many times to count because of its unique setting and view on the surrounding region. Indeed, this small city of thirty thousand inhabitants is divided in two by a 100m deep gorge and is limited on the east by a very steep cliff. You should check out some pictures, but it never matches the real thing! The only way is to see it for yourself while on your honeymoon in Seville/Spain.

The city has been in recent years revalorizing its romantic heritage and offers many visits and activities as well as a fantastic gastronomy (We strongly recommend the Abades restaurant, right by the Plaza de Torros, this restaurant offers good dishes with a great view). It is also possible to access the ancient Roman path that takes you right below the bridge and enjoy the view from there! From Seville, a good way to see Ronda is with a private tour and make a stop in the very romantic pueblos blancos, a series of picturesque white villages between Ronda and Sevilla. 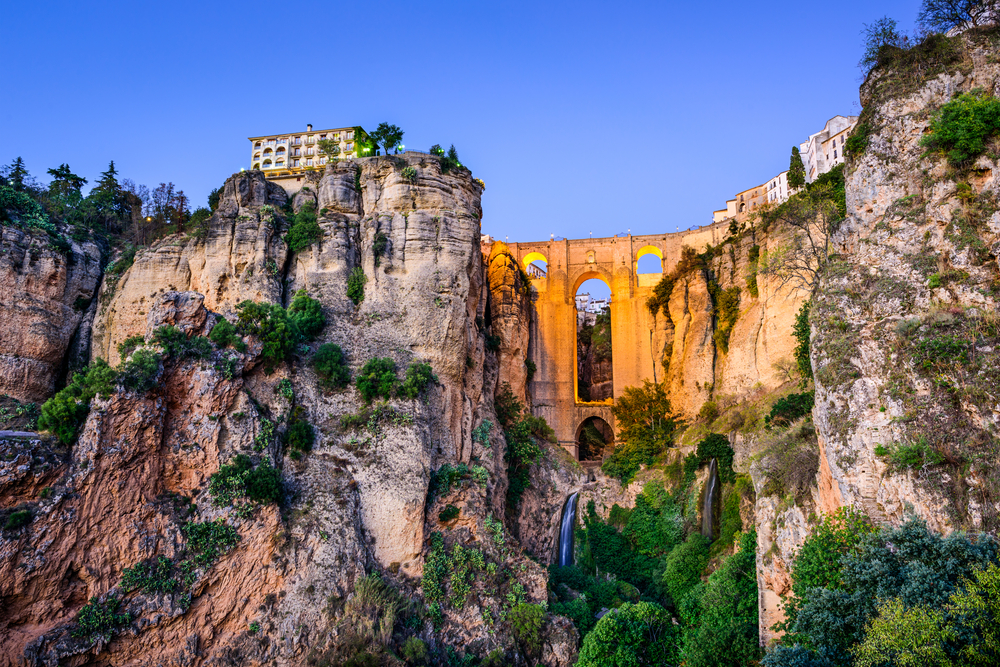 Granada: Visit the wonderful gardens of the Alhambra

Granada has been put on the map by Washington Irving famous Tales of the Alhambra, a series of novels taking place in the surreal citadel of the Alhambra and its beautiful gardens. This is probably one of the most romantic locations in Spain and you don’t want to miss it for anything in the world while on your honeymoon in Seville/Spain.

While in Granada, don’t miss out on the Albaicín, a neighbourhood filled with little white-washed houses, lush patio-gardens and charming streets. This old Moorish neighbourhood of Granda was even made a World Heritage Site in 1984. From the viewpoint of the Mirador San Nicolas you can see the impressively large citadel built by the Moors a thousand years ago, and the gorgeous mountains covered in snow, the Sierra Nevada, right behind them.

The mirador gets its name from the church built on this spot. However, as well as the 16th-century Mudejar church of San Nicolas, there is also a mosque here. After a five hundred year absence, a mosque was finally brought back to the Albaicín in 2003. Although much smaller than any mosque than the Moors even built, it has been a popular centre for worship ever since it was opened.

Pro tip: Granada also has a beautiful SPA if you didn’t get the chance to indulge in the Arab bath experience in Seville. Housed in an original building of the Nazari dynasty, the Baños Elvira are located in the neighbourhood of the Albaicin, not far from the eponymous Puerta Elvira. 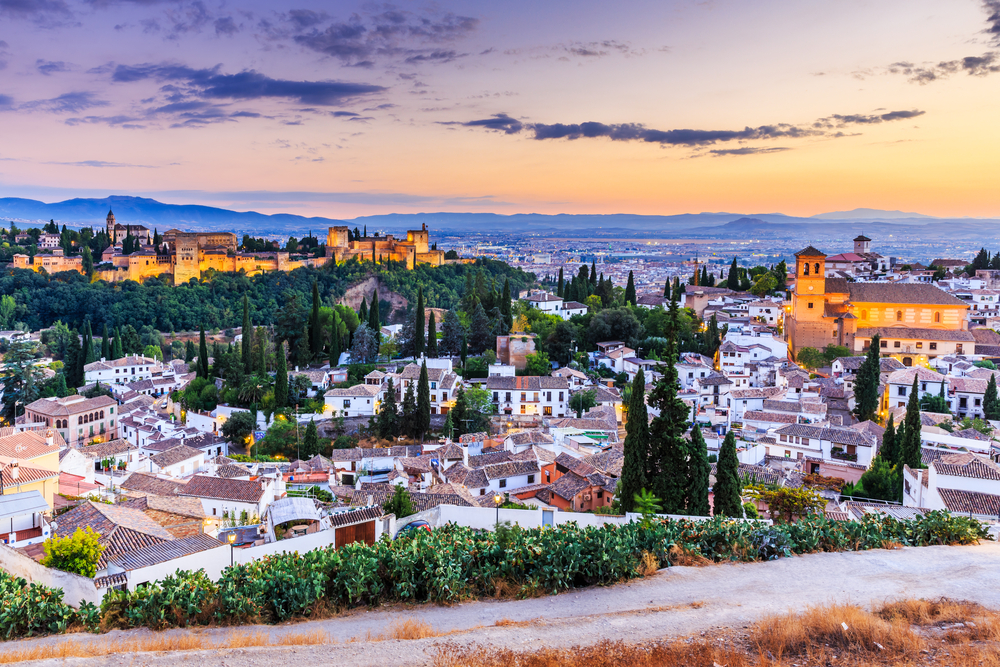