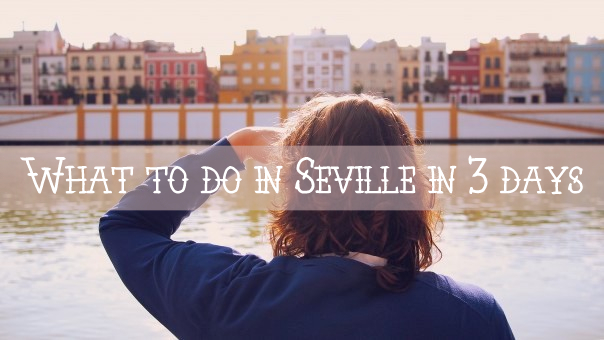 A Seville city break is everything you’ve ever dreamed and more! An absolute must stop is The Cathedral and its tower, the Giralda. The largest Gothic cathedral in the world, it took over a century to complete. It is a UNESCO World Heritage Site that expands over 124,000 square feet. By the way, did you know it is also home to the tomb of Christopher Columbus?

The Giralda is the bell tower to the Cathedral. Originally built in 1195, it stands over 100 meters high and remained one of the tallest buildings in the city for almost 800 years. If you fancy tackling the 35 inclining ramps to the top you can expect some spectacular views of The Cathedral, Alcázar and all across the city.

Any Game of Thrones fans out there may already be aware that The Alcázar was a filming location. The beautiful ‘Water Gardens of Dorne’ are in fact the beautiful gardens of Seville’s Alcázar. Previously the site of Seville’s Moorish Fortress, The Alcázar now stands proudly atop its former fortification. It is very reminiscent of Granada’s Alhambra and considered to be a smaller version of the popular palace. Year round, the lines are long, and the palace is very busy, the best way to skip the queue is to go with a tour guide or group. 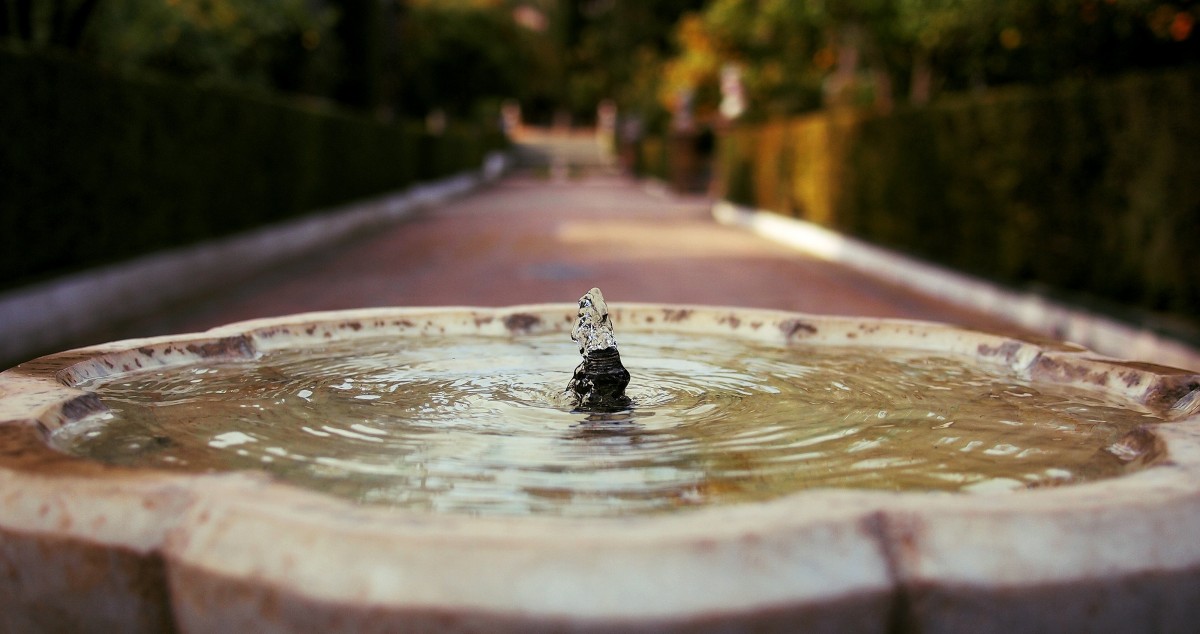 One of the more modern sites of the city, the Metropol Parasol or locally knows as Las Setas (The Mushrooms) is a large wooden canopy that covers the Encarnación Market and sits right in the heart of Seville. The wooden structure was the brainchild of German architect Jürgen Mayer. It took six years to complete and cost a whopping 123 million euros. It predominantly acts as a housing for an archaeological museum situated in its basement. These remains were discovered during plans to build an underground parking lot – The Metropol is certainly a nicer outcome! Views from the rooftop walkway are always lovely, a particularly great time is just before sunset. You can enjoy the end of the day with a 30-meter-high view of the city and the setting sun.

Day two of your Seville city break should definitely include Plaza de España. High on most people’s Seville hit list it is a crescent stretch of beautiful buildings and you certainly wouldn’t want to miss it when visiting the city! It is now the number one tourist spot and home to various government offices. However, originally it was built for Expo 29, the 1929 Ibero-American Exhibition. The Plaza is larger than five football pitches and has its very own canal. Sometimes referred to as the ‘Venice of Seville’ here you can pay to go for rides in small rowing boats.

Just next to the Plaza de España is the Parque María Luisa. Here you can expect to see a huge variety of exotic trees, beautiful Moorish architecture, colorful tiles, fountains and art. The park was gifted to the city in 1893 by Infanta Luisa Fernanda, Duchess of Montpensier to be used as a public park. It was originally the gardens of the Palace de San Telmo. This park is truly lovely to walk through, too large to ever feel crowded and full of activities such as biking or horse and carriage rides.

Triana is a great place to spend an evening! There is a mountain of restaurants to make the most of whether it be tapas or fine dining, you’ll find something delicious here. Make sure to stop just before crossing the bridge to get a good look at the cute colorful line of buildings that make up the Barrio– it’s a great pic op! Triana also has its very own market for you to explore, the mornings are usually the best time for this. Whether you go day or night there is lots to do and see and a fabulous atmosphere. An excellent way to discover the neighborhood is eating! Discover Triana on a tapas tour, we will meet near Calle Betis, which runs parallel to the river and is a wonderful location to have a drink and watch the day turn to night. Also, don’t forget to peek into the historic ceramic factory. Did you know all the street signs in Seville are made in Triana? ­­

The Golden Tower or Torre del Oro as they say in Seville is a watchtower that was originally designed to protect the docks of the Guadalquivir river. It was previously part of the old fortified walls that encompassed the city. The origin of the towers name is highly debated, many suggest it used to guard gold. Others suggest it comes simply from the gold tiles covering the tower which glint in the sunlight. Now, it acts as a museum which is home to all sorts of naval memorabilia. An excellent way to see it and learn about it is on one of our bike tours! You can even catch boat tours here, which is a wonderful way to explore the river and its surroundings. 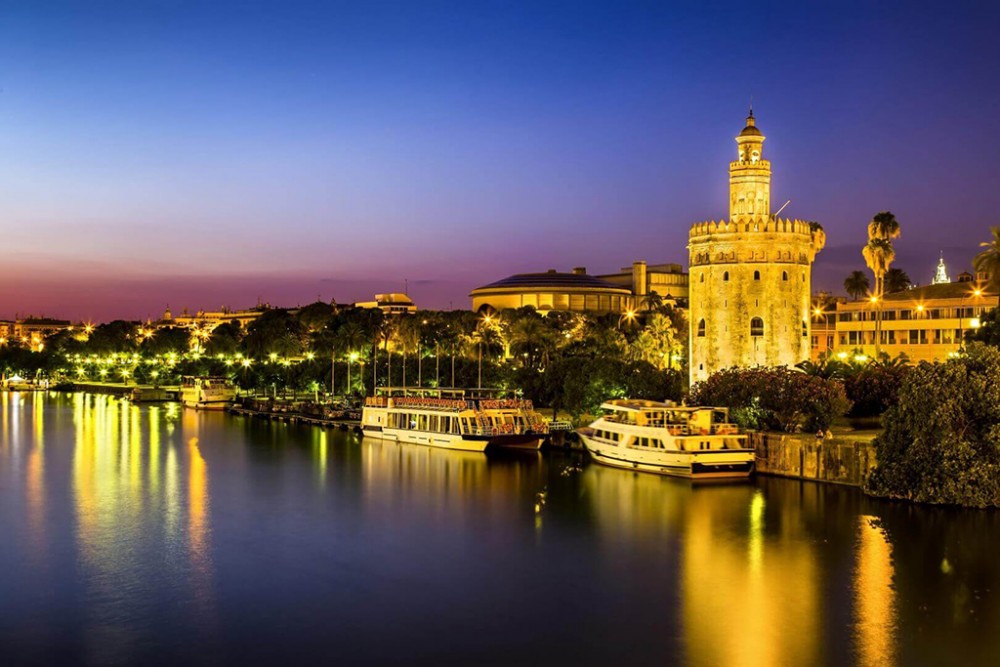 Why not round off your trip with a visit to the Flamenco museum, a Flamenco show or maybe even a class? Flamenco is a huge part of Andalusian culture and was born in Seville, therefore it is arguably the best place to experience it. The museum is hidden away in the oldest part of Seville and lives inside a charming 18th century building. It was first opened in 2006 by the world-famous flamenco dancer Cristina Hoyos who grew up in Seville. 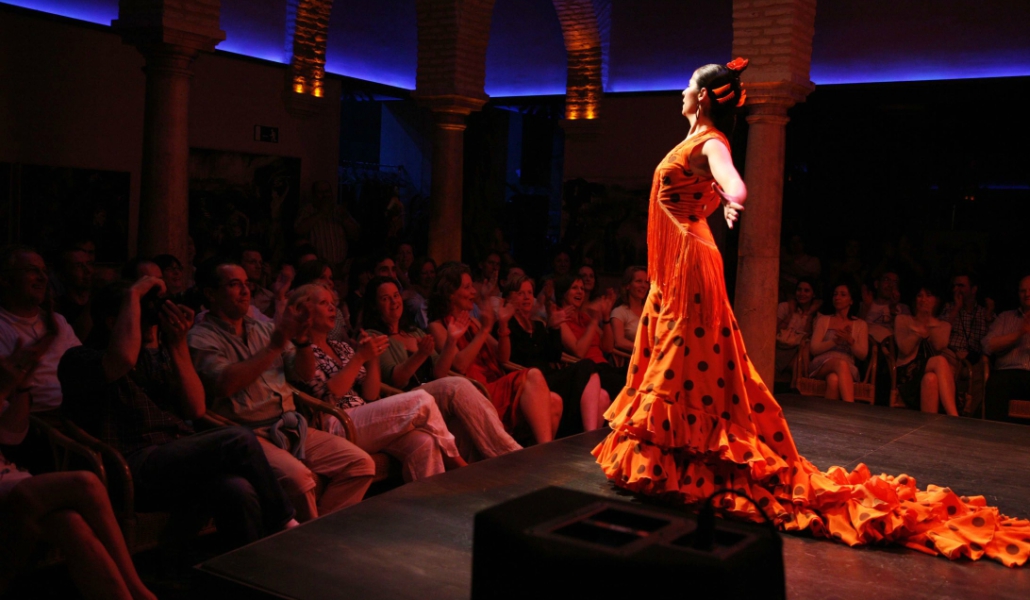 Albany Wallace-Martinez is a digital marketing intern from Edinburgh, Scotland. Follow her travels on her Instagram @albanystuff