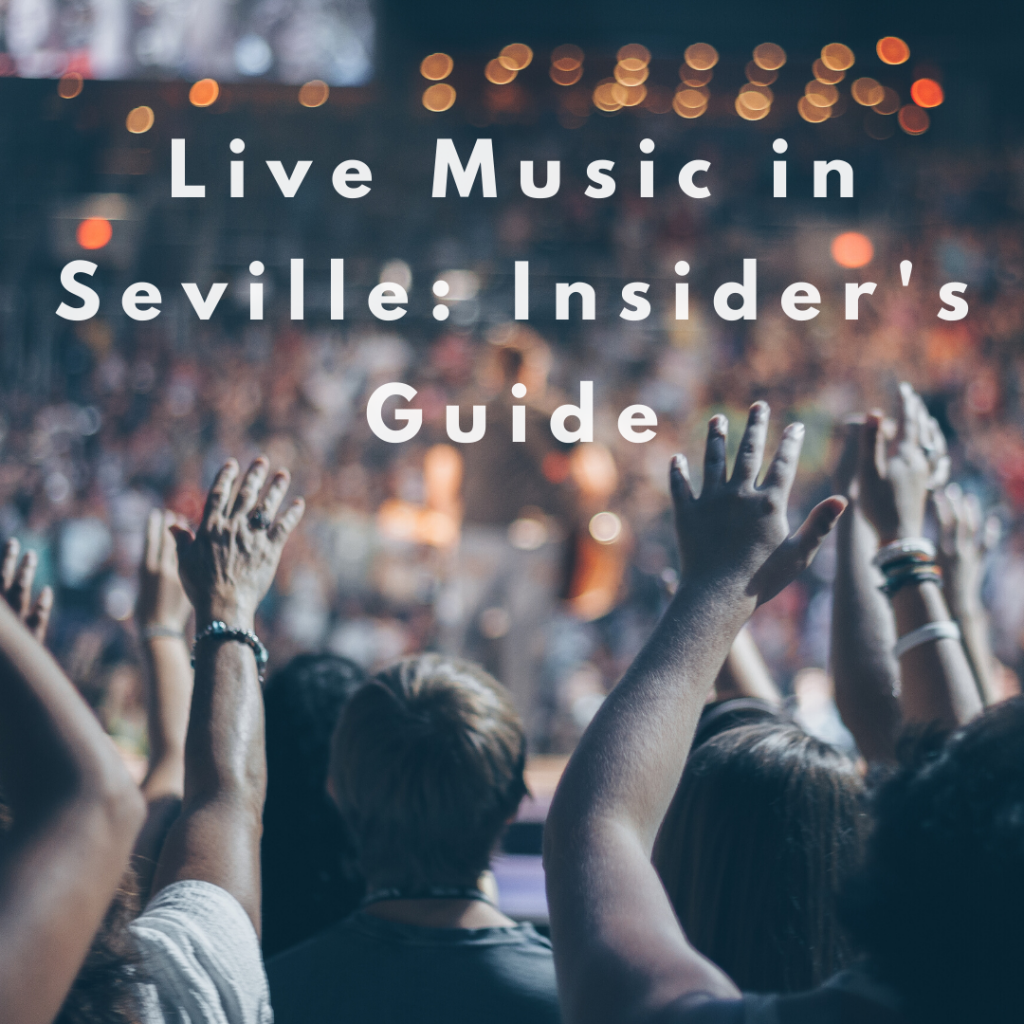 The beginning of February opened with the 7th Edition of popular Seville Live Music Festival, El Día de la Marmota (Groundhog Day), which I had the pleasure of attending.

Held at the Andaluz Centre of Contemporary Art (Centro Andaluz de Arte Contemporáneo), the weekend festival provided a platform for a wide range of emerging local artists and talent from across the Andalusian region.

As we strolled through the entrance, basking in the 20-degree heat, I noticed a number of parents with prams among the new arrivals and a bouncy castle in the distance. I began to picture a fair or carnival inside. But as we entered the complex we were met with crowds of long-haired punks in leather jackets and nose rings and I instantly felt at home. Ensuring that the event was family-friendly gave it a safe, welcoming vibe.

Through an archway was the DJ stage, which attracted a swarm of ravers and revelers later in the evening. We traded our fichas for cervezas and made our way back to the rowdy rockers.

Filling the tricky late afternoon slot, was 5 piece punk band, Carmencita Calavera, whose eclectic sound satisfied their diverse audience. As the music thumped out of the speakers, I placed my hand on the nook between my collar bones and tapped along to the vibrations. With the sun shining, atmosphere alive, and the music a soft-metal melodious mix, it was a clear sign that festival season in Seville had begun.

The multi-talented group equipped with keys, a drummer, bassist, guitarists, and phenomenal female lead, who I may have fallen in love with, had us all transfixed.

Spanish tip of the week: adding ‘ito/ita’ to the end of a word in Spanish often means a smaller version of the original. For example, ‘poco’ meaning little, becomes ‘poquito’ meaning tiny. Or ‘perro‘ meaning dog, becomes ‘perrito’ meaning puppy.

The eponymous Carmen of Carmencita Calavera, though poquito in frame, she is certainly not lacking in talent. Her operatic vocals blow you away before the kick jolts you into motion and the riffs energise you. The band’s hit, Granada Surf, opens with Carmen’s soft vocals accompanied by gentle guitar chords and a tame drum sequence before breaking into a pop-punk/surf pop party. The song got the whole crowd dancing and kept the atmosphere alive. I certainly can’t wait to see them play again.

The second highlight of Saturday’s line up was the iconic tambourine queen, Rodrigo Cuevas.

The energy he brought to the crowd could be felt throughout the quad. It was an amalgamation of comedy, story-telling, traditional and modern sound. His charming style which has been described as a folklore-erotica hybrid left me feeling empowered. As he made his way through the crowd, serenading audience members along the way, hoots, whistles, and cheers erupted astronomically. Rodrigo’s set was both fierce and moving from start to finish.

The Asturias-born diva believes that art creation “must be connected to everything our ancients did” and thanks traditional music for birthing the hive. His ability to bring traditional music seamlessly into the present epitomises this sentiment.

Thanks to the incredible acts that I saw, I think I’ll have to make El Dia de La Marmota an annual tradition.

I can’t wait to see what else Seville’s live music and festival scene has to offer, be it Afrofunk, indie rock, Flamenco, or jazz! The line-up includes Cadiz Carnival, Feria de Abril/April Fair and Holy Week/Semana Santa! We’d love to see you there.

If you have any questions or further information is required, please don’t hesitate to contact us.