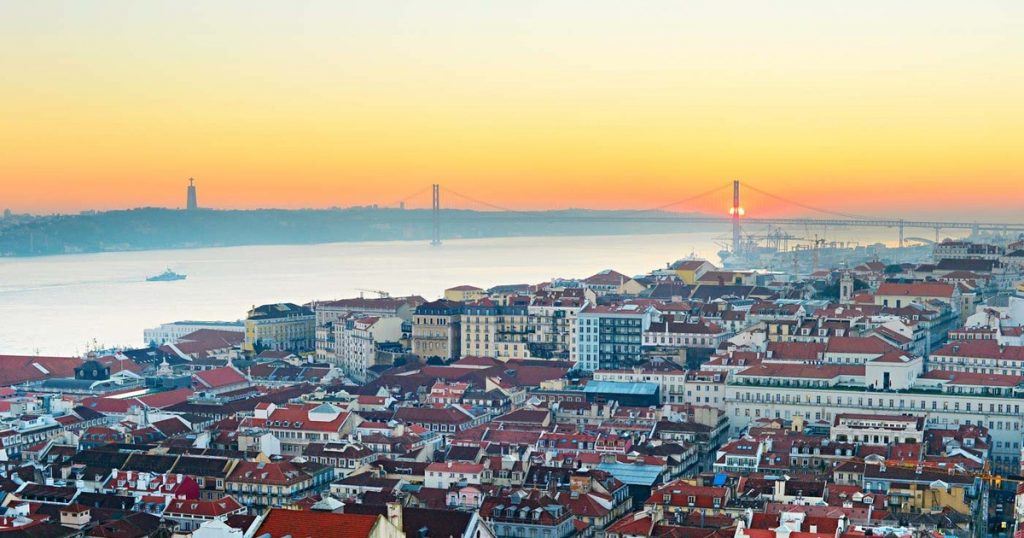 The 11 Best Things to do in Lisbon

Lisbon is one of the most unique cities in Europe, a mishmash of tight streets and grand boulevards tell tales of everyone from impoverished peasants to revered explorers and colonial kings. As with any great city, there are countless things to do here. You could explore the Belem neighbourhood with its famous tower and monument to Portugal’s great explorers, or spend a day hoping around the great cathedrals and churches which pepper the city. It is highly likely that you will find you don’t have enough time on your visit to see everything there is. So, to help you plan your trip, here are our eleven best things to do in Lisbon:

We kick off our countdown with Praça de Don Pedro IV. More commonly known as Rossio Square, it has been one of the main town squares in Lisbon since medieval times. It has played host to countless revolts, celebrations, bullfights and executions, but today is a sedate centre for meeting friends or simply people watching. 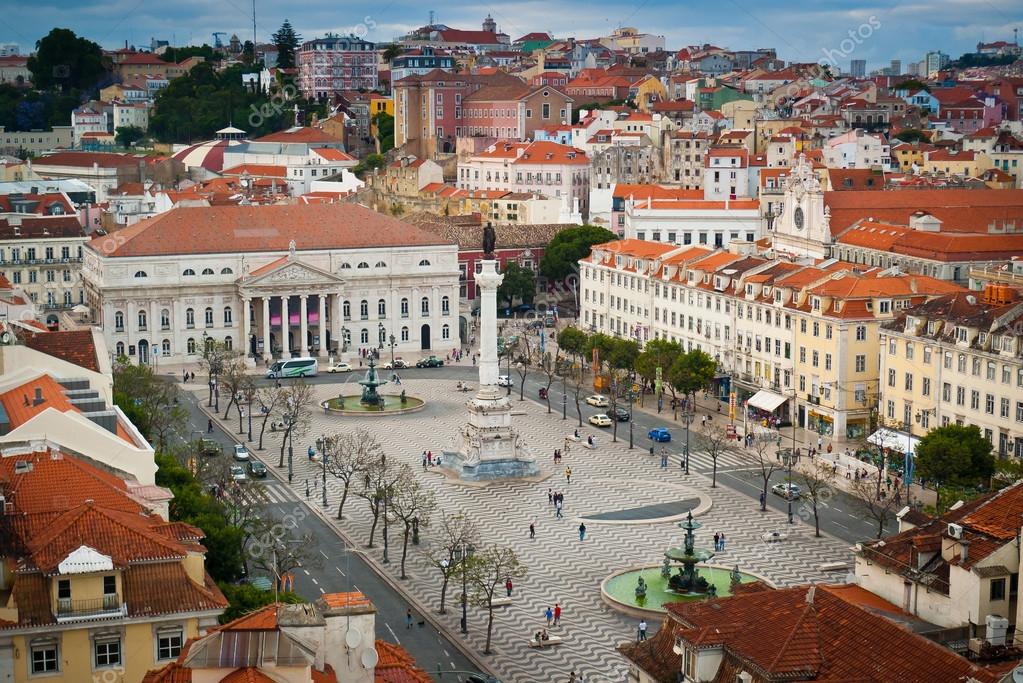 Domineering the opposite bank of the Tagus estuary, the Christ the King statue is without doubt one of the most iconic and best things to do in Lisbon. Shamelessly inspired by the Christ the Redeemer statue in Rio, the view from the top of the statue gives you a unique perspective over the terracotta roofs of the Portuguese capital. 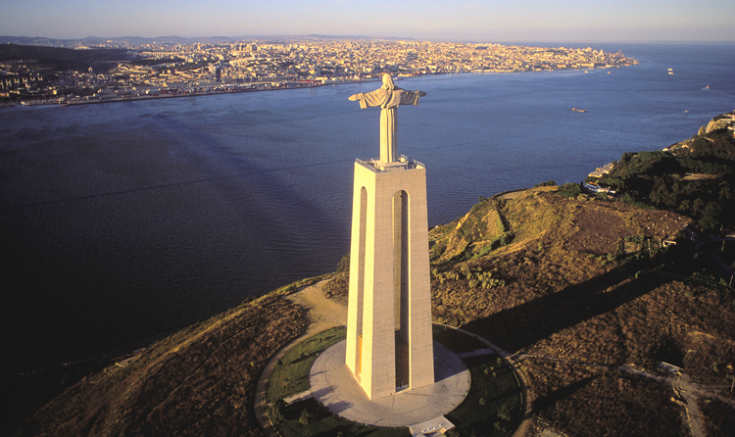 The largest farmers market in Lisbon, this is the place to come to same authentic Portuguese food or get the ingredients for yourself. It’s worth the trip just for the beautiful building, complete with Moorish-dome, but once you get inside it will be hard to find a more authentic Portuguese experience. 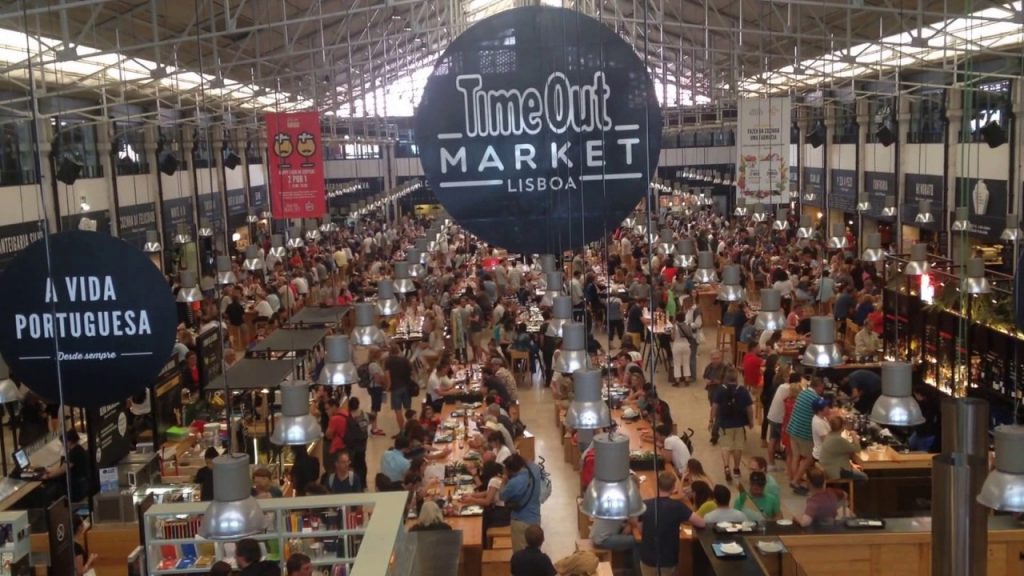 Many people find Lisbon reminds them of San Fransisco. Both have large, red bridges, both are cities built on hills, and both have famous tram systems. The most famous of the tram routes in Lisbon is tram 28. Starting in downtown, this route steeply climbs up the hill before dropping people in the iconic Alfama neighbourhood. 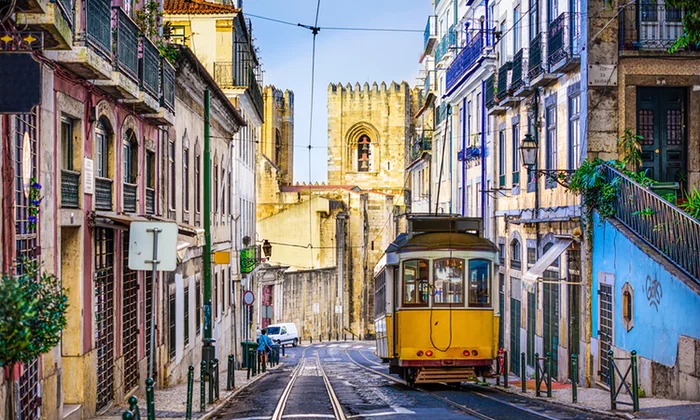 The oldest district in the city, a walk around the Alfama area is without doubt one of the best things to do in Lisbon. Ancient alleyways wind their way about the hillside before opening out into amazing lookouts with views over the city centre below, or out to the estuary and across to the statue of Christ the King. 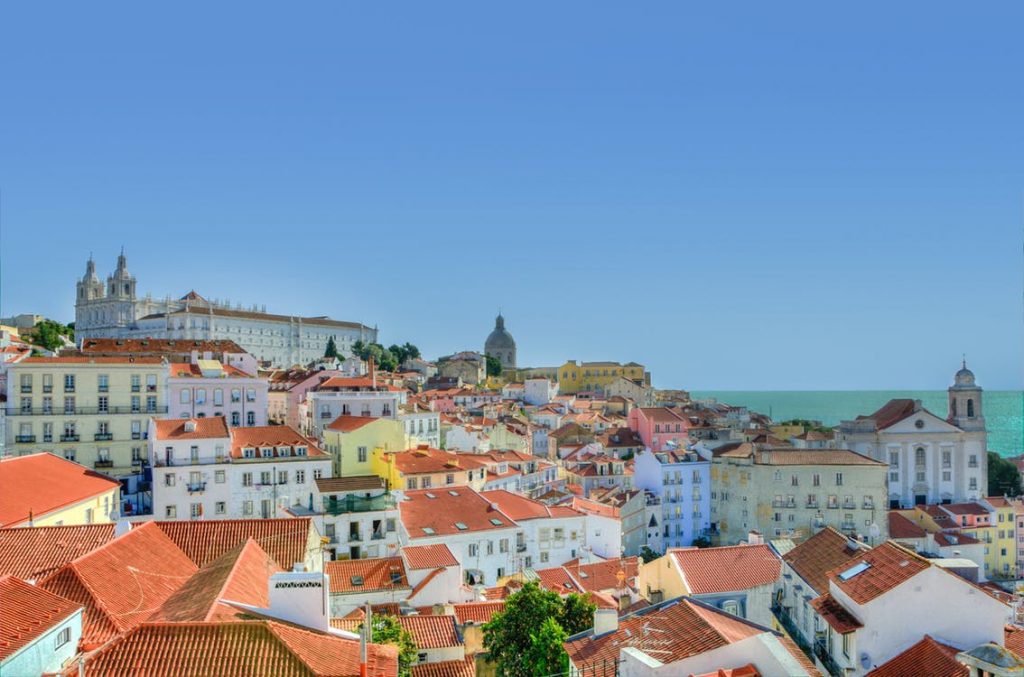 The Praça de Comércio was completely remodelled after the 1755 Lisbon earthquake. Linked to Rossio Square by Augusta Street, this grand U-shaped square is the city’s other great people watching destination. What places Commercial Square further up in our countdown of the best things to do in Lisbon is its waterfront location. Come and enjoy the buskers and peaceful vibes from the flowing waters. 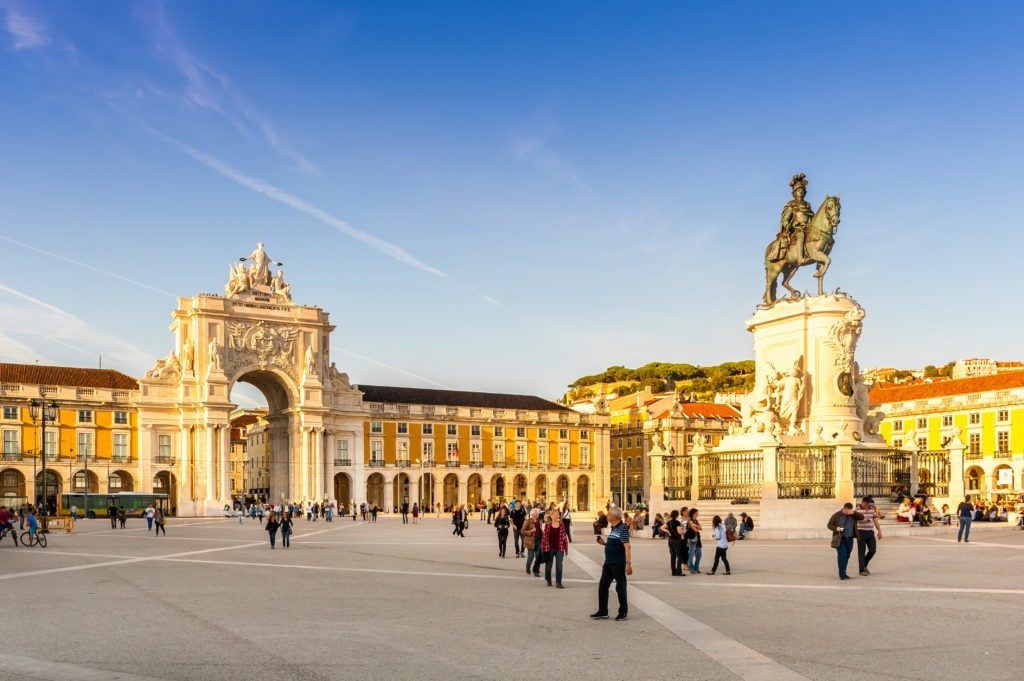 As we have established, Lisbon is built on a series of hills. Funiculars and trams crisscross the city nipping about these hills. If there is one with can be considered the most iconic, though, it is the Santa Justa Lift. The striking gothic tower can be seen from all over the city, and the viewpoint at the top is one of the most popular in Lisbon. 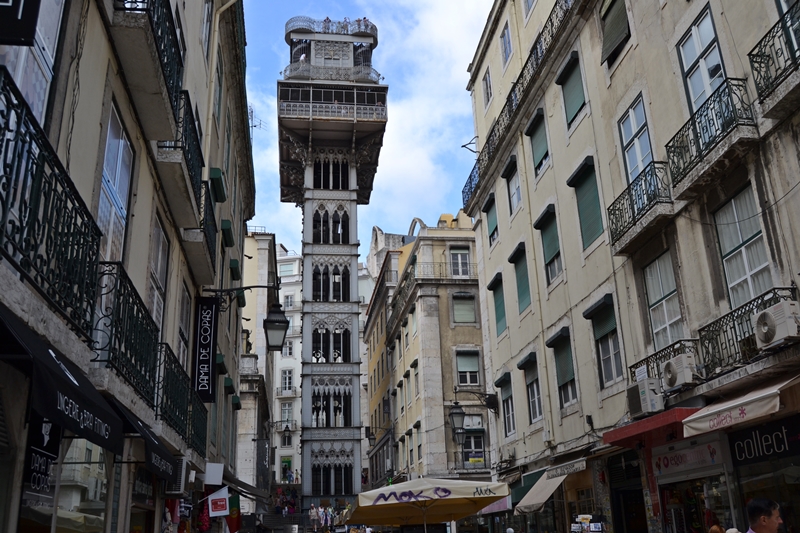 At the top of the Santa Justa lift lie the ruins of a former convent. In 1755 much of Lisbon was destroyed by the earthquake and subsequent tsunami. An extensive rebuild was undertaken resulting in the grand city you will find today. However, one thing which wasn’t rebuilt was the Convent of Our Lady of Mount Carmel, which was left in its ruined state as a monument to the great destruction caused by the earthquake. A walk around the museum today provides a stark reminder of the destructive forces of an earthquake. 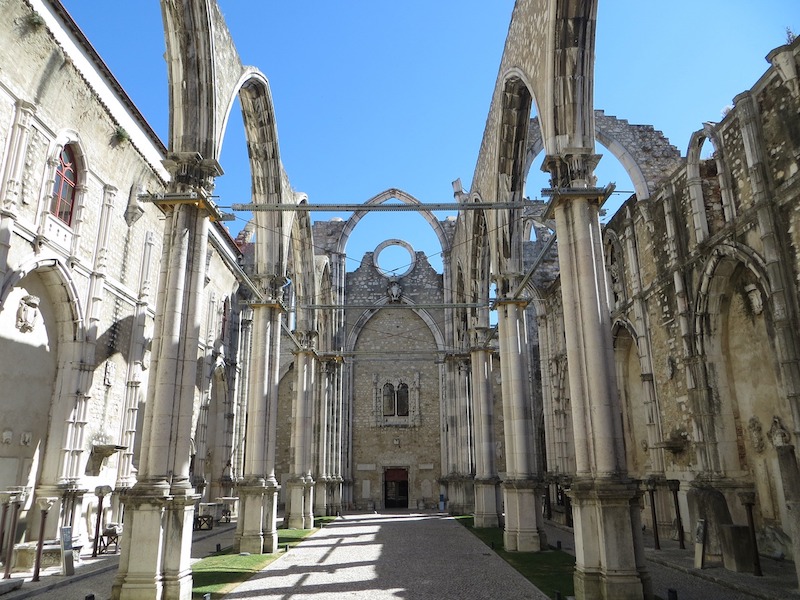 Much like San Fransisco, this city is known for its hipster community. As such, one of the best things to do in Lisbon is to head over to one of their main hangouts. Built on the grounds of an old industrial complex, these converted warehouses now house art retailers and restaurants. If you are searching for an alternative side to Lisbon, this commune beneath the bridge is the place to come. 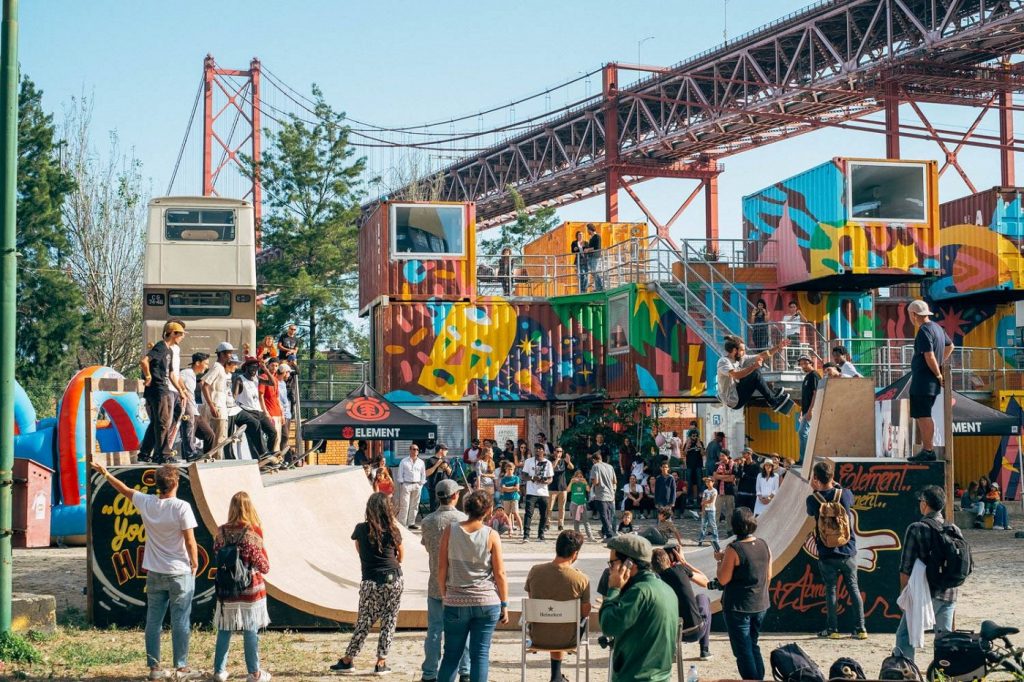 There are many great works of architecture around Lisbon, but few are as grand as the St Jerome Monastery. One of but a handful of buildings to survive the great earthquake, this building, and manicured grounds, have been open to the public since the state took it away from the church in 1833. Today this UNESCO World Heritage Site makes the perfect place for a stroll. 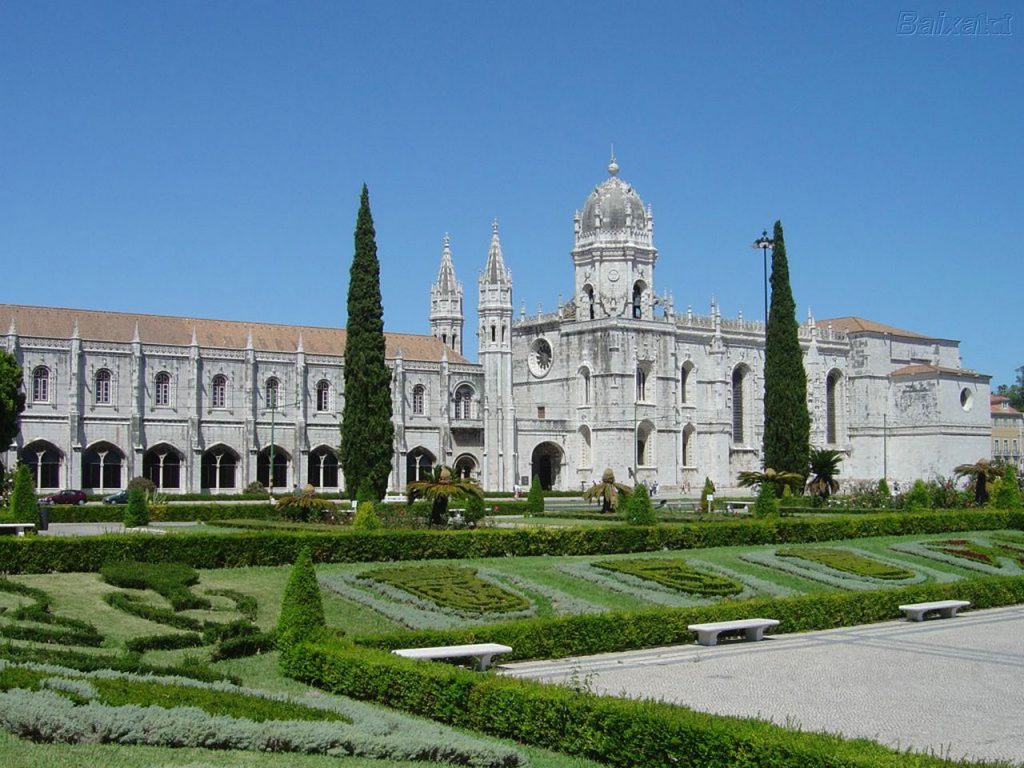 Although the south of Spain is more famous for the Moors, they did reach as far as Lisbon. In fact, in our opinion, one of the best things to do in Lisbon is to explore the Moorish castle which sits proudly atop the hill of Alfama district. Few places offer history, adventure, and beautiful views in one neat package, but this castle does just that. As such it tops our list of the best things to do in Lisbon. Should you get a chance to visit the city on your trip to Europe, a stop off at this castle is an absolute must. 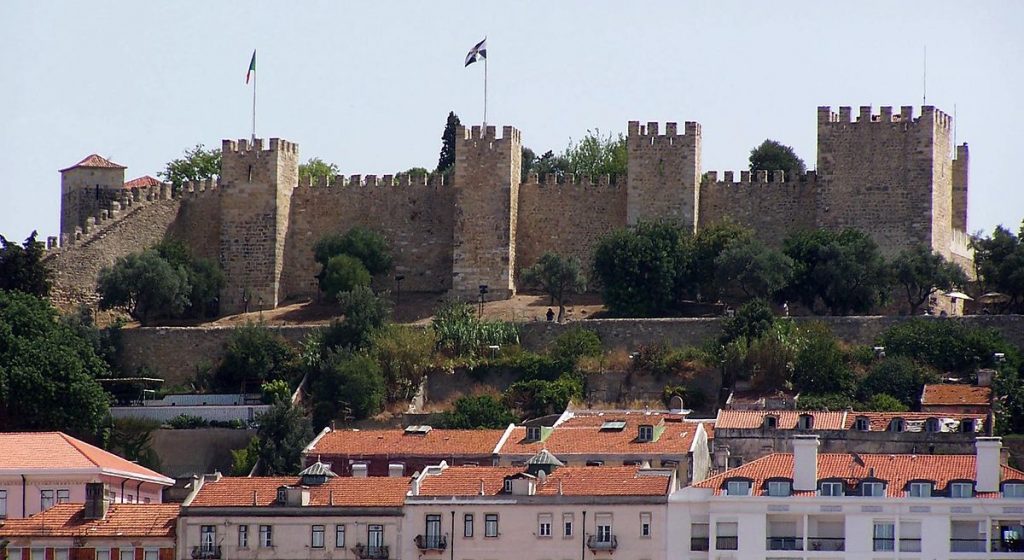