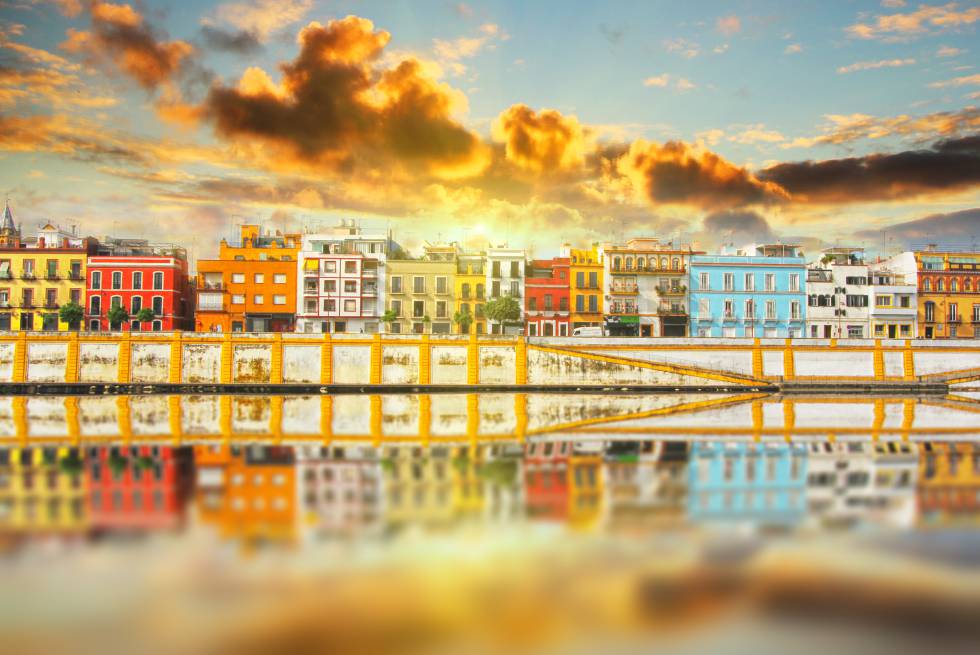 Triana is one of the most famous suburbs of Seville. An area with a fascinating past, and its own unique culture, as alive today as it ever was. Crossing the Triana bridge to the river’s left bank can feel like more than just crossing into a new neighbourhood, but crossing a threshold into a new land; such is the uniqueness of this infamous barrio. With so much history and culture to unravel around every corner, it can be hard to know where to begin. That’s why we have compiled this Triana guide, to help you know where to start when exploring this most colourful of neighbourhoods.

It’s unknown where the name Triana comes from. The most common theory is that it’s named after the Roman Emperor Trajan who was born not far away, in Italica. The other main theory is that the river split into three large channels here and so the name may be a combination of the latin ‘tri’ for three and the Celtiberian (Celts from Spain) ‘ana’ meaning river. Whatever the reason for this name, Triana has gone on to be synonymous for everything from flamenco to the Spanish Inquisition.

In 1481 the seat of the Spanish Inquisition court was set up in Castillo de San Jorge. This castle sat on the left bank of the Rio Guadalquivir. Triana henceforth became known as the place where religious deviants and suspected heretics were tortured to within an inch of their life. After the 300 year inquisition came to an end, the authorities were so ashamed of the acts of there predecessors that they tore the castle down and built Mercado de Triana on top of it. This is the second oldest market in Seville and a magnificent place to stroll around, see what’s on offer, and indulge in a spot of people watching. The castle has not been forgotten, however. The ruins of Castillo de San Jorge sit underneath the market and have been turned into a marvellous museum on the inquisition. In true Monty Python style, you won’t suspect the Spanish Inquisition as you walk around the market sampling award winning hams and cheeses. 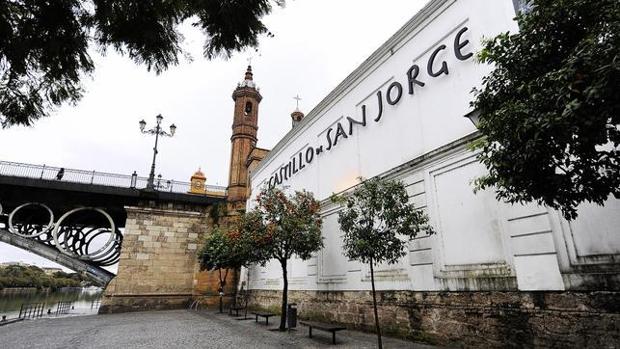 The first thing you’ll notice when heading for Triana is the bridge. Officially known as Puente de Isabell II, the Triana Bridge, as it’s known to locals, is the oldest bridge in Seville. Completed in 1852, it replaced the old pontoon bridge which had been the only way of crossing the river since time immemorial. As Seville was expanding and more businesses were finding their way into Triana, it was decided that a more respectable way of getting over than walking across a few boats tied together was needed. What you will find when you cross the bridge today, is a serene patchwork of cafés and tapas bars, but historically this side of the river was dramatically different. 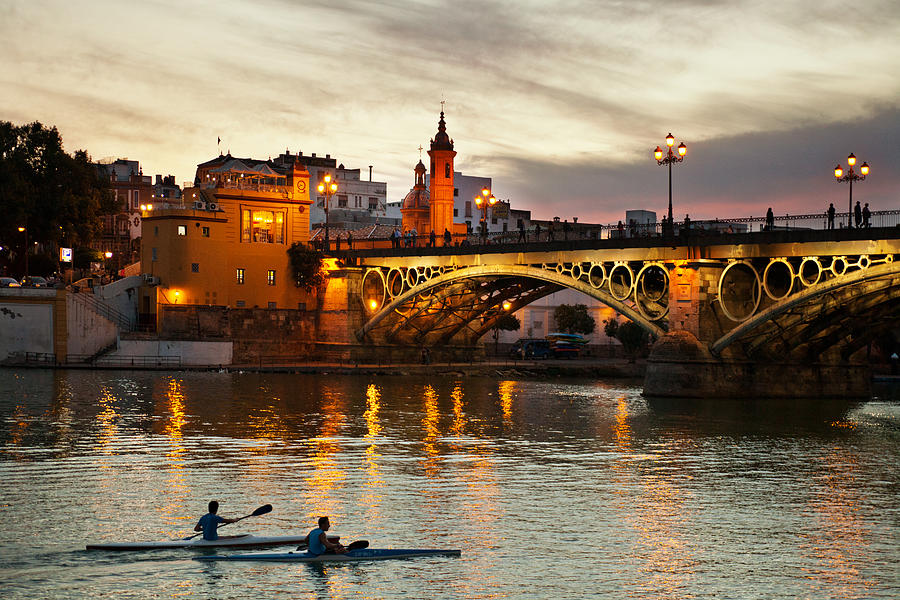 Being across the river, Triana was ‘extramurros’ (outside the walls). This meant that the neighbourhood was not historically a part of Seville, so was where the outcasts lived. Triana was filled with the poor and downtrodden, including many gypsies. As well as the outcasts, dangerous businesses were kept out here. People such as blacksmiths were respected by society, but because they worked with fire it was deemed better to keep the hazards away from the well to do people. The theory being that it’s better for the poor people’s houses to burn down than the rich. Following this theory, two gunpowder factories were built side by side in Triana. One day, a terrible accident occurred causing both factories to explode. It’s said that the blast was so huge, that not only did it shatter the windows of the cathedral, but bodies close to the blast were blown clean across the river, landing on the opposite bank.

Another dangerous business which grew in Triana was ceramics. Because the kilns were a fire risk, these enterprises set up over in Triana. Here they found a hotbed for creative arts, and the ceramic tiles from Triana became revered throughout Europe. Still today, every tile you see in Seville, from the street names to the roof of Plaza de España were created in Triana. In homage to this Triana is home to some fantastic ceramics museums. 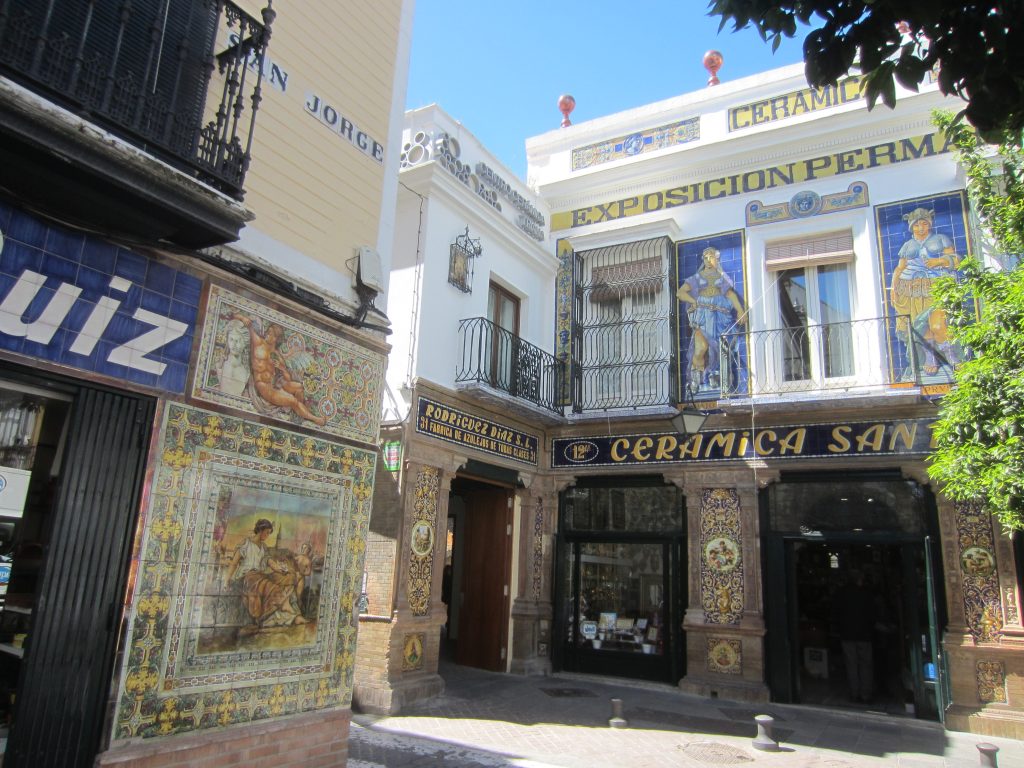 It is often the case that areas of great poverty are areas of great creation. The impoverished use the arts to escape the reality of their circumstances. In Triana it was no different. The barrio lays claim to being the birth place of flamenco. The gypsies of Triana were among the first to develop the dance as a form of expressing their misery. The improvised lyrics often telling of the woes of their downtrodden existence. Triana is still a center for flamenco talent today, with many great dancers making the pilgrimage here to seek inspiration in their own dancing. If you’d like to learn more about flamenco and its roots in Triana, why not join our Triana Tapas and Flamenco Tour? 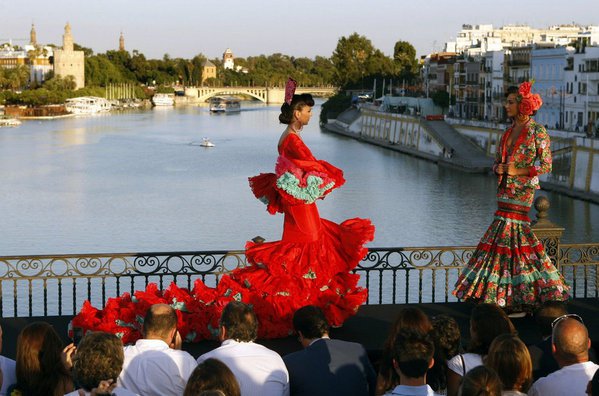 Because of their history being outcast from Sevillano society, the people of Triana see themselves as independent. As you walk around the town you will even see t-shirts in the souvenir shops saying ‘Independent Republic of Triana’. Furthermore, if you ask the locals where they’re from they will say Triana, and not Seville. This independent culture is encapsulated nowhere more than in ‘Triana Cathedral’. Santa Ana church was actually built by Alfonso X in the thirteenth century as a thank you to Saint Anne for curing him of a disease which was turning him blind. However, when Seville cathedral was being built a couple of centuries later, the Trianos proclaimed that they deserved their own cathedral and announced this church to be it.

This independent spirit, coupled with such a dramatically different history has created a tangibly unique culture in Triana. Trianos love nothing more than to sit in the shade by the river, sipping a cool beer, and look across at the skyline of Seville. This is a pass time which will surely appeal to all who visit this sun-drenched city. This laid back culture finds its way back from the river into the barrio, saturating everything from the ceramics to the food. As such, a Tapas Tour over in Triana is a unique experience. The tapas bars this side of the river are far more relaxed than those in the often crowded city. 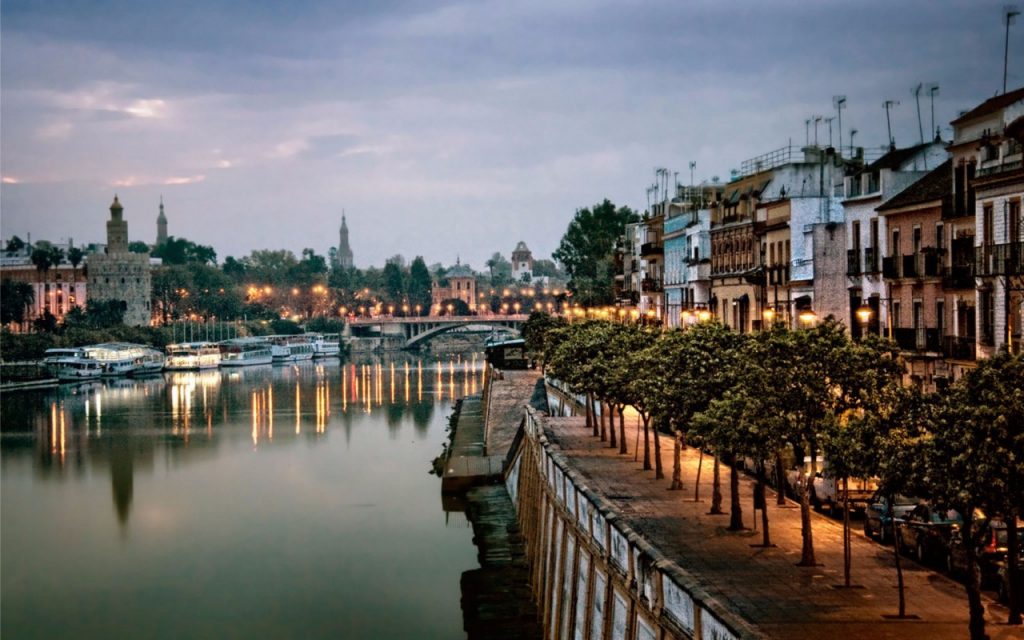 Let us be your Triana Guide

So there you have it! Hopefully our Triana guide has whet your appetite to come and explore the barrio on your trip to Spain. And don’t forget, for all the best inside knowledge on Seville all rolled into a bespoke tour, there’s no better place to start than here with us!