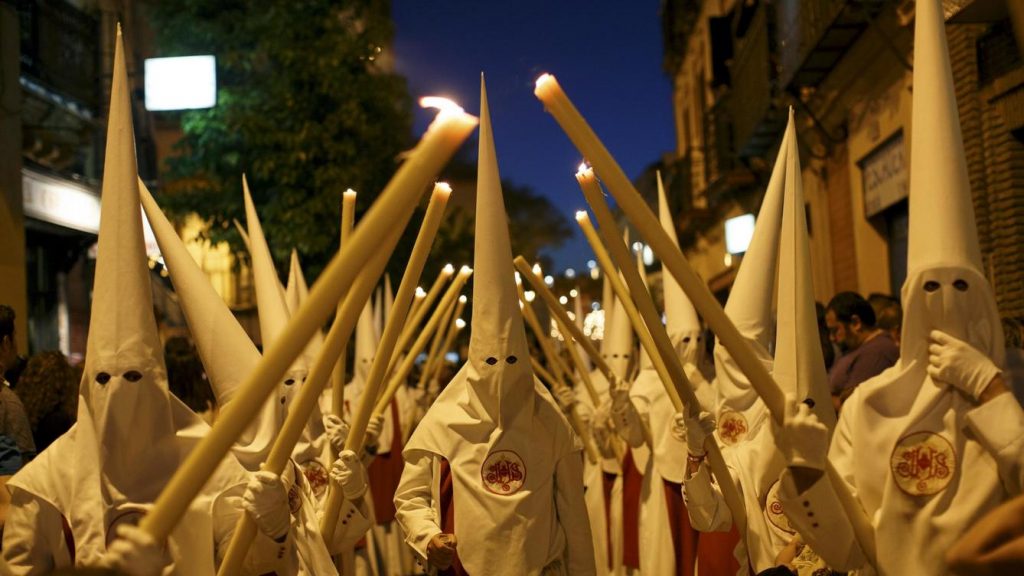 If you’ve ever seen photos of Seville during Semana Santa, you will have seen hoards of ominously cloaked figures. These people are a huge part of the culture of the city, we’re going to take a quick tour through the history of these people in Spain.

Family and tradition are hugely important to Spanish culture; family friendships (and feuds) go back generations; and it’s expected the children will be a part of the same clubs and groups as their parents. In Andalusia especially, this includes hermandades (brotherhoods). The brotherhoods of Spain play a huge roll in day to day life, especially in the south, organising every aspect of the social calendar. But what are they exactly? And what does it actually mean to organise every aspect of social life? Let’s take a closer look.

Why did they form?

During the 13th, 14th, and 15th centuries, voluntary organisations formed to help the nobility maintain order throughout their lands. These groups essentially acted as police officers, or vigilantes. Over time, their importance in maintaining law and order became less and less important, especially during the reign of the Catholic Monarchs toward the end of the 1400s. Eventually they were stripped of their official powers. However, this didn’t stop them from being important pillars in the community. They still held their values of social responsibility, and shifted their tasks from that of law keepers to that of community leaders. The hermandades, turned into something not dissimilar to the Freemasons. 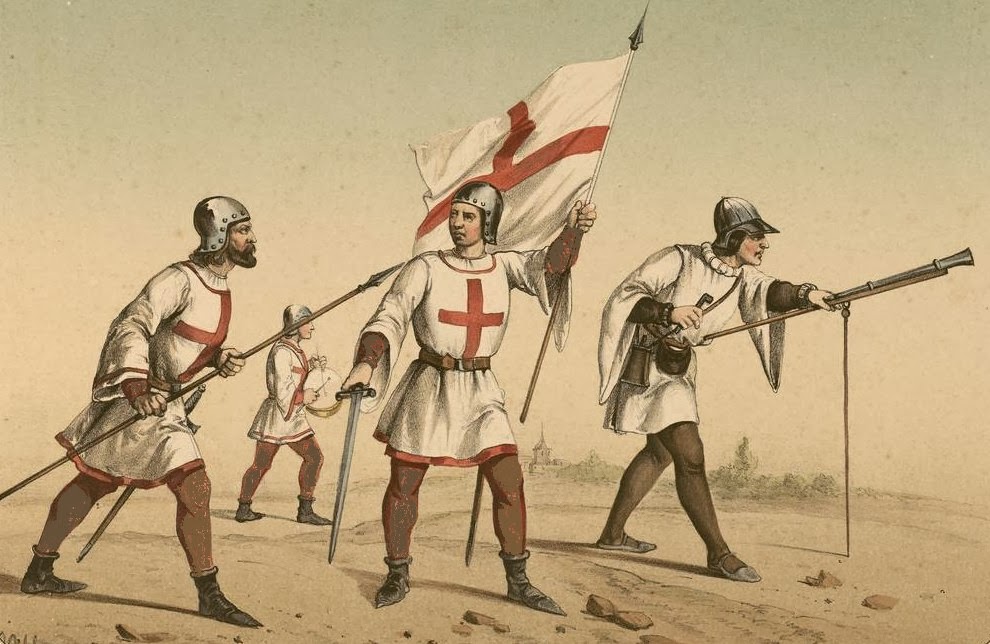 What do they do these days?

Nowadays, the brotherhoods do everything from hosting barbecues to resolving feuds and, of course, organising the goings ons at the big religious festivals. In their large headquarter buildings, they store the floats for Holy Week and organise the year’s social calendar from their small offices. Most weekends will see some sort of event happening, whether it be practising the processions ready for Semana Santa, or simply a get together over ham and sherry. 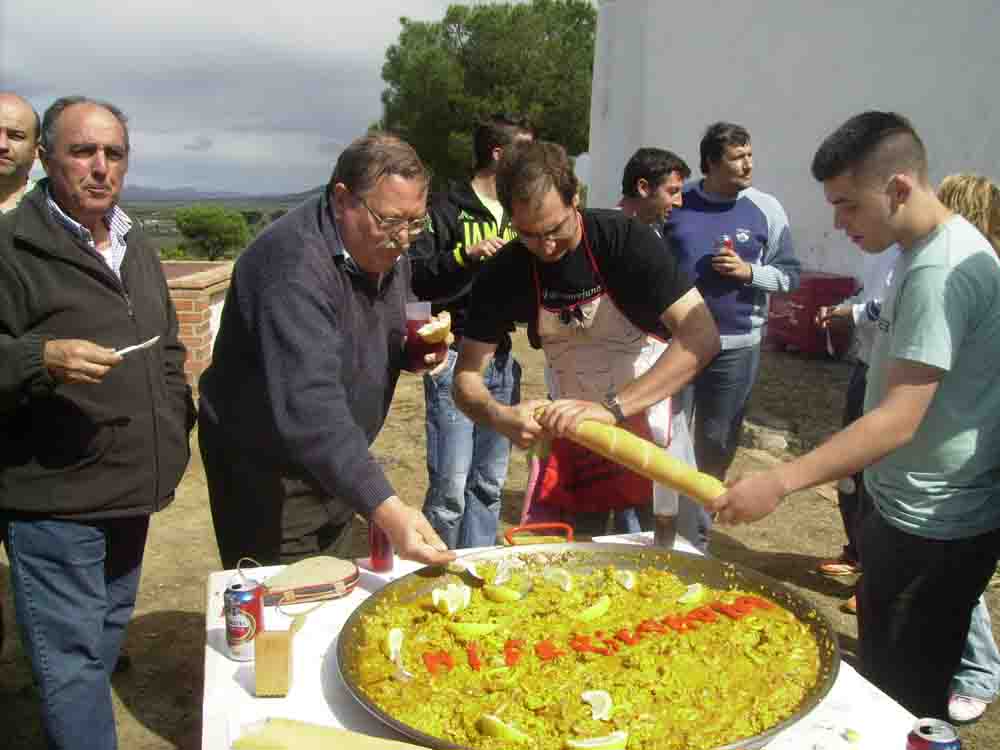 The main role of these brotherhoods is, of course, organising the events for religious festivals. As mentioned, the main one is Holy Week. All the brotherhoods of Spain train year round to carry large floats on their heads during the Easter Processions. This is the most famous of the Brotherhood activities, which sees thousands of people take to the streets hidden under tall hoods surrounding the float which depicts a scene from the Passion. Twenty people at a time will be under the float, carrying it on their heads. They switch the people underneath at regular intervals to prevent too many injuries, but, even so, specific units of hospitals open to deal with injuries caused from this act. In Seville alone, their are 60 different brotherhoods who take part in the Semana Santa processions. You can read more about the Easter traditions here, and if you decide to come to Seville for Easter, we’d be delighted to show you around! This is not the only religious festival they organise, however. There are a multitude of other festivals throughout the year, such as the pilgrimage to El Rocio over Pentecost weekend and the Cruces del Mayo. 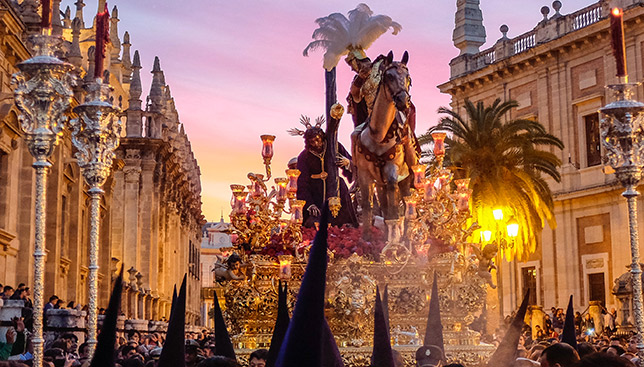 Celebrated in many parts of the world, Cruces del Mayo (May Crosses) celebrates St Helen finding the true cross. It is said that, in the 4th century, Roman Emperor Constantine dreamed of a cross that would help him win the Battle of Milvian Bridge, a fight he was losing, and secure his title as Emperor. He ordered his troops to build him a large cross, which they then carried into battle. Subsequently, they won the battle and conquered their enemy. This inspired a family conversion to Christianity, even compelling St Helen, his mother, to travel to Jerusalem in search of Jesus’ cross. In Jerusalem she found three crosses on Calvary Hill. To establish which one was authentic, she carried out tests to see which could perform miracles. Only one of the crosses did, healing the sick and even bringing the dead back to life. St Helen then became a champion for the cross, urging people to continue worshipping even after her death. It is this spectacle of veneration which the brotherhoods organise to this day during Cruces del Mayo.

The festival is held on the nearest Sunday to May 1st and sees brotherhoods competing to have their cross crowned best decorated in the town. This festival is most extraordinary in Cordoba – a city which we’d love to show you around! Here it is more than just a collection of beautiful crosses, each brotherhood sets up a bar next to their cross to turn the festival into a traditional Spanish fiesta. Sevillanas will be danced and the women will be in their best Gypsy dresses. The festival essentially turns into a mini Feria. 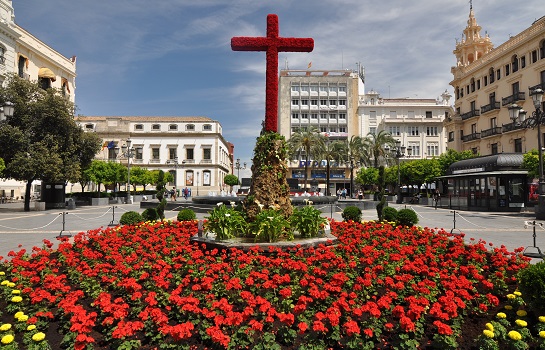 Life in the brotherhoods of Spain

It is clear, then, that these brotherhoods are a vital element to social life in Spain, most predominantly in the south. Every family is a part of a brotherhood and the majority of their social life will revolve around the events held by these organisations. To rise through the ranks of the brotherhoods is one of the greatest honours an Andalusian can earn. Life in the brotherhoods is very much a life based upon tradition and duty. The year is made up from a sequence of different festivals and their preparations, each one with it’s own unique traditions. Every member will know their duty within the hermandad, and take great honour in carrying it out.

To learn more about the importance of brotherhoods and Spanish culture as a whole, why not book onto one of our tours around Seville?

4 thoughts on “An Insider Guide to the Brotherhoods of Spain”