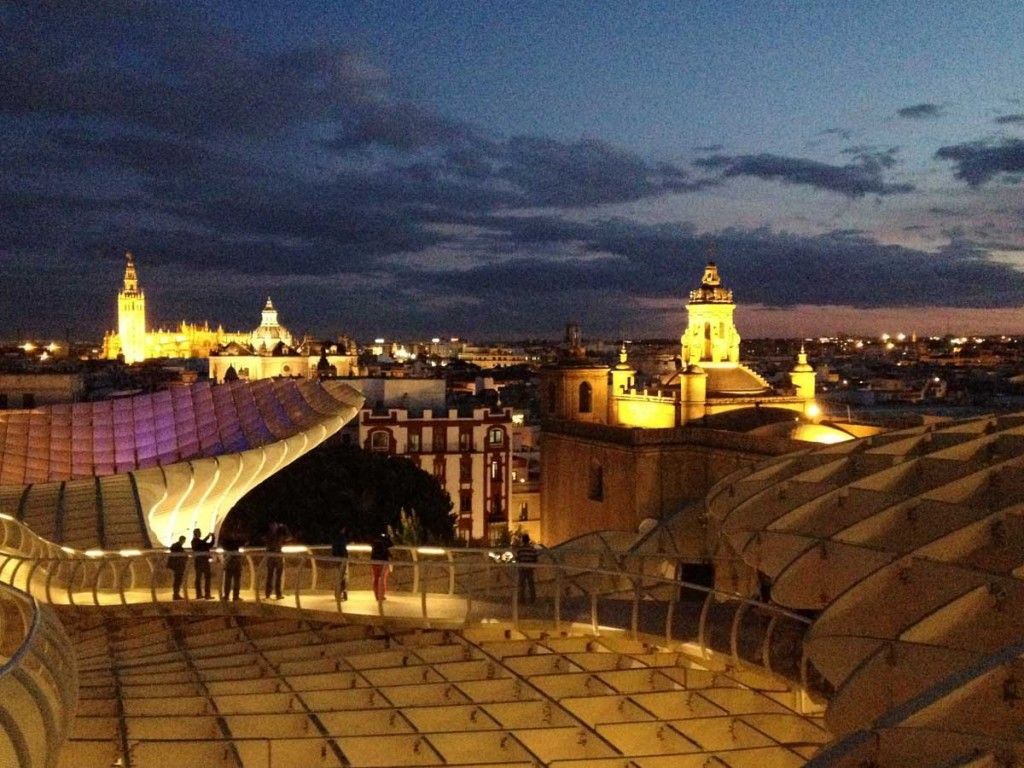 Exploring the Casco Viejo in Seville

During its heigh day, Seville was one of the largest walled cities in Europe. The neighbourhoods of Santa Cruz, Macarena, El Arenal, and Alameda all lay within this historic ring. But, in the middle of it all is the historic city centre. The Casco Viejo, or old town of Seville, is as much a pulsating heart of a major metropolis today as it ever was. Although the ships and affluent traders may have gone, business is still booming, and history looms over you on every corner like a lord surveying his land.

A reasonable argument could be made for Seville being the fashion capital of Spain, and the City’s fashionistas all head to Calle Sierpes to find their wares. The main shopping district centres around this street, a vein running through the centre of the old town of Seville. The area around this street houses fashion for all budgets: head down from Calle Sierpes toward the river for typical high street stores and affordable fashion, or head up toward Alfalfa for unique shops filled with designer garments. Seville is most famous for its shoes, the best Zapaterias can be found around Calle Cordoba.

Not only is the old town of Seville home to innumerable ancient buildings, but it also boasts its fair share of modern structure. None more notable than the Metropol Parasol. Known locally as ‘Las Setas’ due to its resemblance of mushrooms, this giant viewing platform is the world’s largest wooden structure. The Mercado de la Encarnaccion was in need of a rebuild during the 90’s. The original plan was to dig an underground carpark before rebuilding the market on top. However, whilst digging the authorities came across some Roman ruins. Naturally, they couldn’t continue with the original plan, and so a competition was launched to decide how best to proceed with the rebuild. Eventually a German architect by the name of Jurgen Mayor won with his suggestion of building an ‘antiquarium’ to showcase the ruins, then rebuilding the market atop that, and onto building a giant viewing platform to attract people to the area. As the name suggests, las Setas would also be a metropolitan parasol, keeping the plaza shady during the long hot summers. 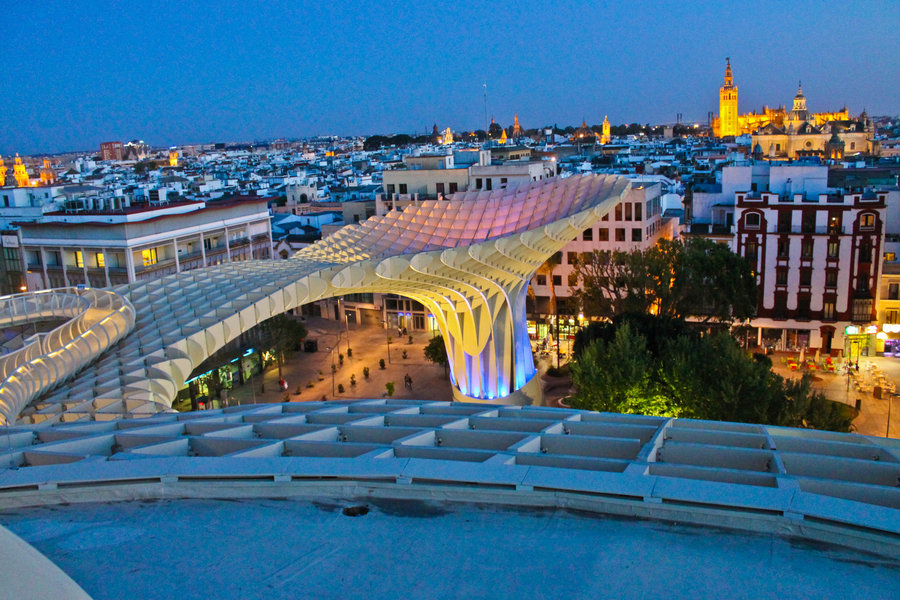 A Sixteenth century former monastery is the appropriate setting for the other big attraction of the old town of Seville. The fine arts museum is a temple to the great Golden Age artists of Seville. It boasts large collections of works from some of the city’s favourite sons. Murillo is the most notable name amongst the halls of priceless artworks from the likes of Vazquez and Goya. The museum is small when compared to similar galleries in other large cities, but nonetheless well planned. 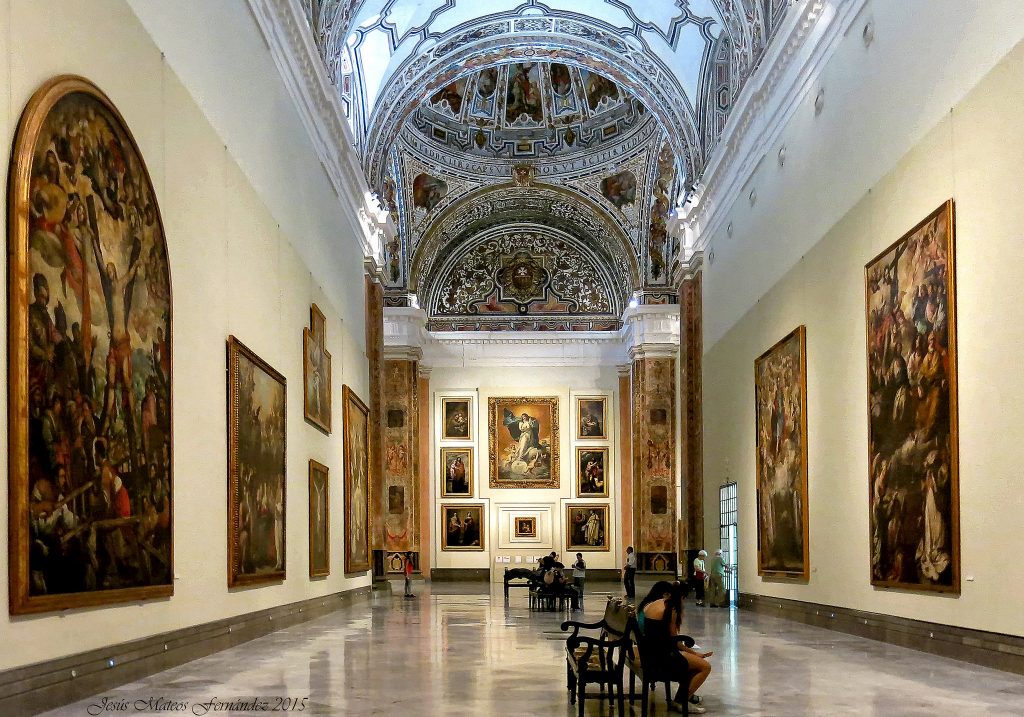 At the start of the Casco Viejo in Seville lies the City Hall. Construction on the Ayuntamiento began in 1527. City officials felt the town needed a civic building to represent its importance after the king had married his cousin in the city the year before. Once completed the grand building was adorned with ornate carvings depicting important points from the history of the old town of Seville. Figures such as Hercules, Julius Caesar, and Charles V can be found on the walls.

In the nineteenth century, the same revolution which saw the monastery of the fine arts museum abandoned saw a convent next to the town hall destroyed. This new land was used to build an extension. Unfortunately for Seville, during this period the town lost its monopoly on trade to Cadiz. A consequence of this was that the ornate facade which was being carved to match the old building was abandoned. Walking around the building today, you can clearly see where they ran out of money. The town hall is also where many of our fantastic tours start from! 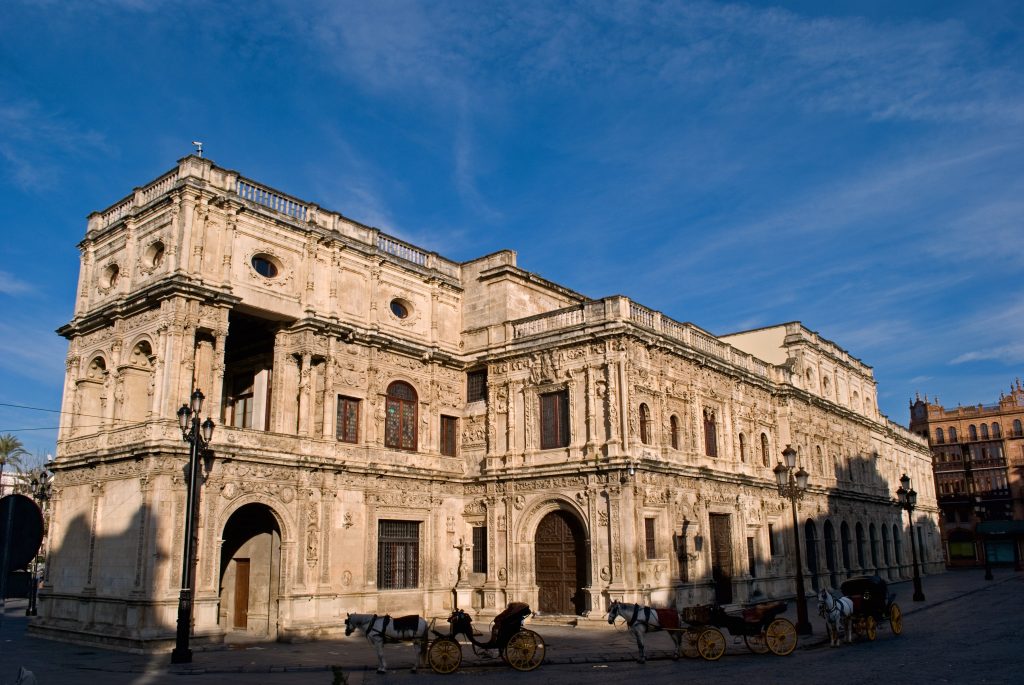 The ayuntamiento is bordered by two plazas. Plaza San Fransisco sits on one side, and Plaza Nueva on the other. Plaza San Fransisco is one of the most important areas for city events. Everything from the Bienal de Flamenco to Semana Santa processions are held here. And behind the town hall a statue of King Alfonso X sits in the middle of Plaza Nueva. Should you walk past the wise king, you will reach Hotel Inglaterra. On the top floor of this hotel, a rooftop bar holds one of best views in the city and is open to public. As well as being a treasure trove of history, the old town also has many of the best viewpoints in the city.

One thought on “The beating heart of the city: Exploring Casco Viejo, the old town of Seville”