Only if you are from USA you need to pay for a visa/reciprocity fee entering by air. However, if you are North American and enter Chile by land then you will not need to pay anything!

There are ATMs almost everywhere and in most places you can also pay with credit card. Both in Argentina as well as Chile you will obtain better rates for USD than for the Euro.

The roads have a very high standard of security and construction. However the “carretera Austral” that leads to the Patagonia and Tierra de Fuego is mostly gravel and you need to get on and off the ferry quite often. Some of the minor borders to Argentina are also dirt roads. There is a toll for the highway.

There are a lot of land borders between Argentina and Chile across the Andes. The most frequented one is the border that connects Mendoza to Santiago. The name is Paso de los Libertadores. It´s all paved and on the Chilean side a lot of hairpin curves. Be prepared for long waiting hours at the sanitary check as the Sanitary regulations of Chile are very strict and they would check your luggage with both scanners as well as dogs for introducing any fruits or drugs into Chile. This road passes by the highest peak in the entire South America called

Apart from this pass we took the following 3 ones starting from the north:

The Aguanegra connects La Serena and the valley of Pisco Elqui in Chile to San Juan in Argentina. it´s a dirt road of 130 km with some deep gravel at some spots. It took us about 4 hours from the Chilean customs and where the gravel starts till the Argentinian immigration and custom. Be careful with the hight altitude sickness as it´s a 4470 meters mountain pass1 The other thing to be careful about is the opening hours of the border as they normally close about 5-6pm. This road should be paved  in 2 years. 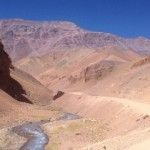 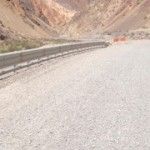 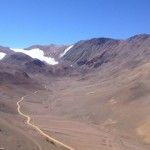 The border crossing Mamuil Malal connects Pucón in Chile with San Martin de los Andes in Argentina. On the Chilean side it´s dirt but not very loose or difficult. In the Argentinean side it´s all paved. This is the least frequented one and we even did not have our luggage checked for food, fruits or drugs. The scenery is quite nice as it passed right by the volcano Lanin from which you can have a nice view. 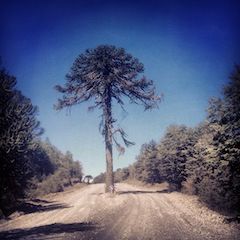 Cardenal San More pass is a paved road and one of the most spectacular ones as it passes by the recently erupted volcano presenting an otherworldly scenery. The border crossing is fast and hassle free. 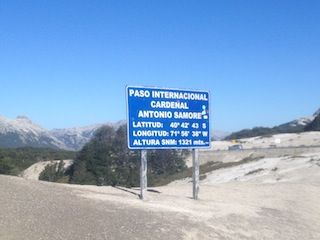 After thinking about the option of buying a bike in SA or shipping our bike, finally we decided to ship our bike. The main reason was that apparently you are not allowed to take an Argentinian bike outside of Argentina and the price to buy a bike in Chile or Brazil was way too expensive. Apart for that there were not many bikes that could interest me as a female rider. The cheapest option was to ship the bike by sea but then we had to wait a long time till we would receive it. In the end we sent the bike by air with an agency called tdbg based in Madrid. They did not do exactly a great job and it all ended up much more expensive that they told us but we got the bike and rode it :).

Generally it would be much more recommendable to put the bike on a pallet, take off the front wheel and lower the bike as much as possible as what they charge is the volumetric weigh. So forget about putting the bike in a box as it makes it much heavier and much more expensive due to the dimensions. You only have to empty the tank and disconnect the battery even though the bike is considered by most airlines a dangerous good. We used a crate and it was way too expensive. 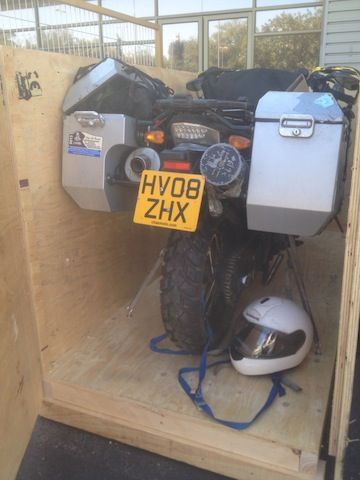 Try to send your motorcycle with a direct flight as otherwise there can be delays in the connection flight and you´ll end up waiting for your bike more than you thought.

Important thing to know is that no matter what they tell you in Chile you DON´T NEED to hire a custom agent to pick up your bike from the customs. It´s all very easy and you only need the following documents:

– proforma invoice of the motorcycle -you can put whatever value you want for the bike, be careful not put a higher one- Just for you to have an idea we indicated the value of our bike 1500€ whereas it was bought for 5000 pounds.

The airlines or shipping company that sent your bike should send the latter one to you.

In a matter of 2 hours you can release your bike. The Customs at the airport of Santiago is open in the morning  and then again from 3 to 5 pm.

In order to ship it back you need exactly the same documents -except for the as you have given it to the customs- as well as the temporary importation document called “documento de salida y admisión de vehículos- that they gave you at the customs. The customs were quite friendly and efficient.

We were told that we could have skipped the shipping company by just contacting the cargo department of the airlines and doing the whole process by ourselves. There is always a next time!

In Santiago we used services of a person called Juan to open the crate and do the whole paperwork, etc. and just paid him a tip. He was extremely helpful and much more knowledgeable than any of the office guys at the transportation company that provided us with wrong information and charged ud hight prices. His phone is: 0056 9 7654432. But he only speaks Spanish!

We were not asked for any insurance and we didn´t get any either.

Before heading for Chile I asked a lot of questions on the Chilean motorcyclists forum called http://www.motociclistas.cl/foro/index.php They were all very helpful to provide us with information and even invited us to ride with them. That was one of the best parts of our trip to hang out with them, have BBQ, wine tour…

If you need auto parts or accessories you can go to calle Lira en down town Santiago. On this street there are a lot of motorcycle shops.

Money is a crazy thing in Argentina as you have different rates. The official one is the once that you get out of the ATM or at the bank and is way below the real one called blue rate. You get much better rates for USD than for Euro. So try to bring as much cash as possible as you won´t be able to get USD from the ATM and you will loose money paying with credit card -which uses the official rate-.

The roads are quite ok. the famous ruta 40 that goes through Patagonia is mostly paved. You can check the fabulous website at  http://www.ruta0.com that gives you an update on this road. Still you will see some gravel, dirt and also road constructions. There is a parallel road in the southern part of Chile that is called “carretera Austral” which is mostly dirt and deep gravel. Be aware of the strong wind in Patagonia.

See the information about Chile

As we shipped the bike to Chile we don´t know the paper you need for Argentina. You will have 8 months to leave your motorcycle in Argentina. 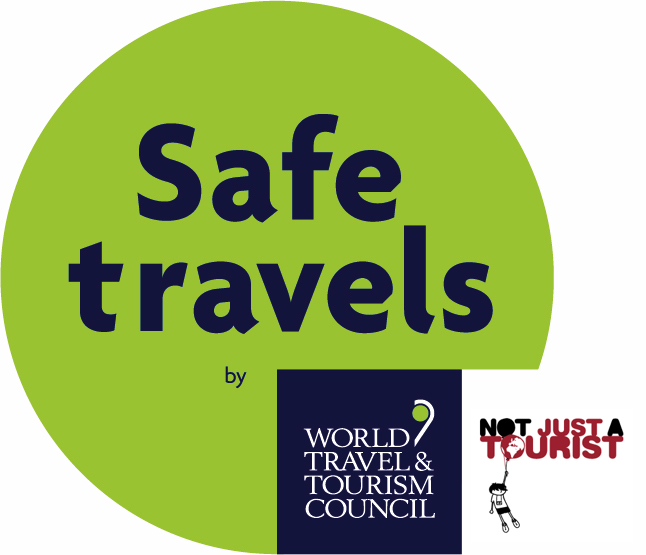 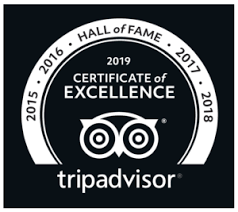 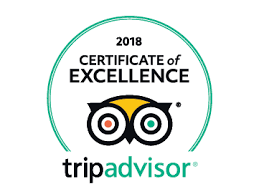 Morocco is full of treasures and heavenly places.

What a wonderful evening with a beautiful bunch of

"See the world. It's more fantastic than any dream

Embark on an exotic trip across the Strait of Gibr

With sizzing heat everywhere in Andalusia why not

Yes, a walking tour of Seville is great. But do yo

If you come to Seville there is one thing you shou

Not so easy or common to have such photos- 3 bike

The sunflower season has begun! 🌻

Did you know that Seville was said to have been bu

We feel blessed that this energetic family chose t

If you missed Feria in Seville, you are in look. M

Road trips are a classic. You get to travel on you