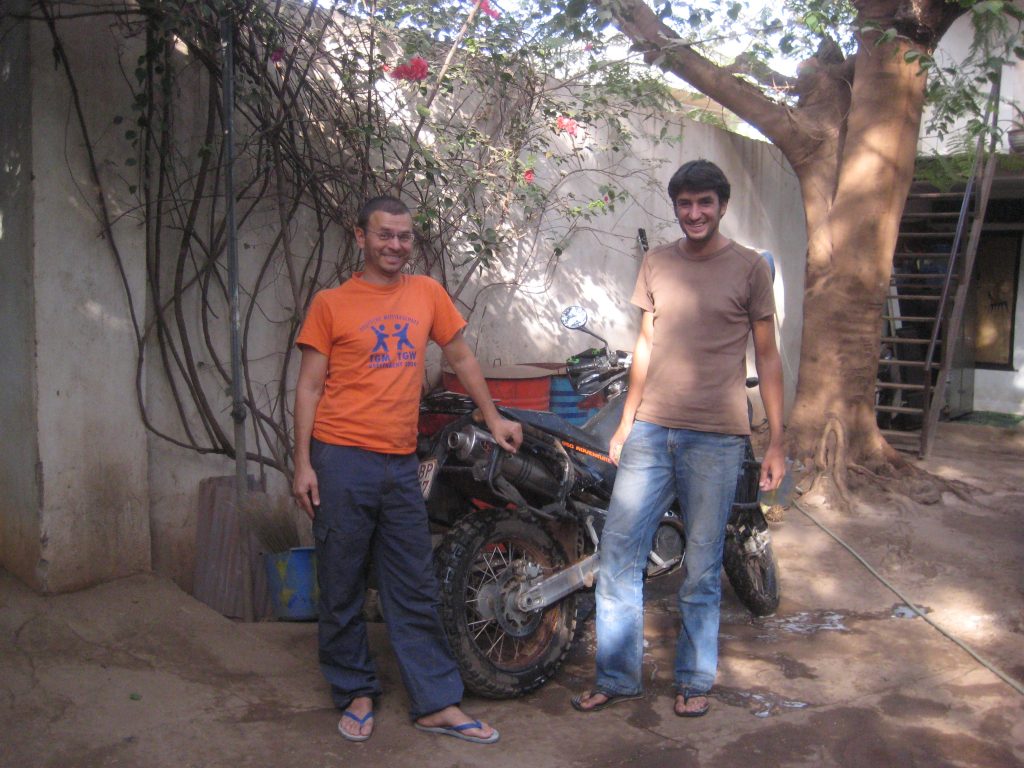 Having said that I actually have to admit that I did not take much advantage of this fact. I still need a lot of practice to ride a fully loaded bike on challenging terrains.

Before heading to Guinea we noticed that notoriously enough it did not appear on the travel route of hardly any tourists, backpackers, overlanders, bikers, etc. Burkina and Ghana promised to be kind of Thailand of the West Africa, where everybody was heading to whereas Guinea was kind of none- existent.

So when I met a Belgian couple who were coming from there I was so excited to ask about Guinea, about the roads, if it was worth it or not and the first thing we did with Maximilan was to sit down and go over their route in Guinea. It did not take much time to realize that most of the lip stick red colored and beautifully marked main roads on the map were actually only a track, a bad track, a horrible track, where according to Maximilan you even had to cross rivers! I found it very promising as so far we hadn´t done any off road tracks and something inside me was asking for a little bit of challenge. Only a little bit and what I got was way over my innocent desire of a little bit of off road! We just got back from the mountain area called Fouta Djalon, where we got lost, trapped and left alone by ourselves and our none existent biking skills. Thanks to mainly stubbornness of David we managed to do more than 350 km of bad tracks, all reddish, up and down as if it was a museum offering all kinds of artifacts: sand, gravel, big stones, volcanic terrain, trenches, channels, corrugations, bridges that should be there but were not, a few little rivers, by the time we realized that the track was not that easy and the way back was already too far we had dropped the bike a few times. Little by little we moved on and tried to adjust ourselves and our expectations to the red reality that surrounded us in a threatening way. 50 km or max 100 was all what we could do on a day and any way why rush? It was a 100% free of charge experience as we started staying at villagers houses and eating what we could find on the way, most of the time plain rice–for my fine Persian taste bad quality rice- and some sauce made of EITHER peanut OR cassava for as little as 40 cent for 2 people! The water was cheap too as right from the beginning we decided to drink the local water whenever possible and instead save the money for the beer!

After 450 km of potholed troubled roads where for the first time in the whole journey we fell off the bike as well as the 350 km of terrible tracks it seems that the worse is still to come as in 2 days we´ll be heading for Senegal borders and the sealed road will stop in Labe, the last major city in Guinea giving the way to one of the most horrible roads/tracks/or call it hell where according to some people you´ll do at most 200 km in 8 hours!

Yes this is Guinea, my last chance to become an acceptable rider!

3 thoughts on “GUINEA, YOUR CHANCE TO BECOME AN EXPERIENCED RIDER!”