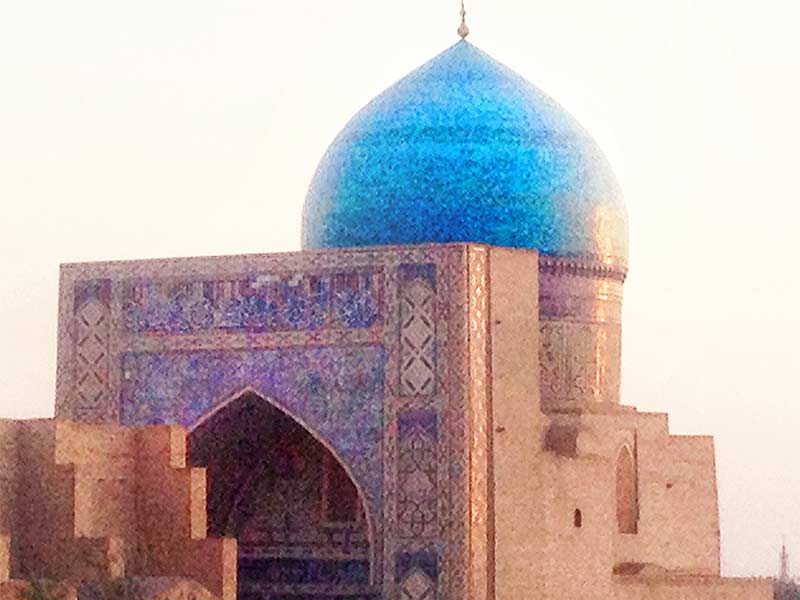 It´s thought that the Greeks or Romans were the first to find the pleasure in the refreshing y recreative benefits of public baths. I´ve never had the chance to indulge myself with a splash in a 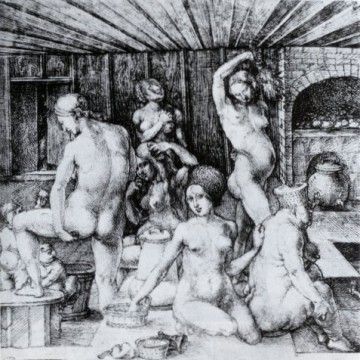 Roman bath for the simple reason that there is not many left if not any at all. Yet, plenty of time I had the chance to get an extraordinary and culturally enriching experience in return for an amazingly affordable fee allowing me to enter into the dark, humid and steamy underworld of the hammam as if I was Orpheos looking for Eurodice. My first experience was in Iran when I was a little girl, I was taken to the public bath by my auntie as a part of my summer vacation in the provincial city of Kerman, set in the middle of the desert. To my fine eyes of the spoiled girl from the capital it was an absolutely disgusting scene to witness so many tones of naked flesh banded together with a lot of sweating and rubbing involved. Have you seen any Rembrandt, Durer, Rubens paintings? Something similar to that.

Later when I started my travel career I gave it a second try in Istanbul in a stylish hammam catering mostly to tourists. It was all the opposite, a luxurious experience that evoked the sense of well-being and richness. Then I continued my hammam odyssey in other Middle Eastern or Northern African countries in Morocco, Syria, Georgia, Tunisia, Hungary… and lately in Bukhara in modern day Uzbekistan. Ever since the first contact with the underworld of Hammam the same sensation has invaded me whenever I reemerged at the end of the dark corridor of hammam back to the day light: the sensation of being reborn. 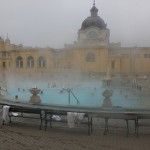 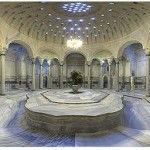 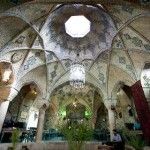 Back to the Roman Empire, hammam was a place of not only taking care of your persoanl hygiene or relaxing after a hard day work on the battle filed but also a place to socialize, have a chat, get updated on the latest conspiracy plans, do networking, … There are even theories or evidences that point out the homosexual aspect of the bathing ceremony and explain the reason of its undeniable success due to the high number of homosexual Roman citizen. Some others discuss that it´s again a macho point of view trying to deal subconsciously with the cult of body, nakedness and the exciting idea of so many healthy looking and well-shaped bodies all shiny and drizzly swaying around the marble arched baths.

Visiting the modern day Bukhara and in my desperate quest to be a knowledgable tour leader and arrange some extra activities for my demanding group I popped into the hammam on the shopping street in Bukhara. I was surprised and delighted to find a very young and welcoming guy who could actually talk Persian at the reception. After a round of negotiations that did not take me anywhere since the price remained the same as if I had neither entered the place nor taken the time to chat in Persian nor that our negotiations skills derived form millenniums of refined art of  haggling we managed to agree on the agenda of our hammam experience. Later on I discovered the reason of my failed negotiation skills stumbling upon the 14th century hammam on Trip Advisor! 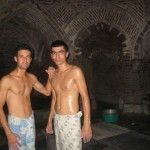 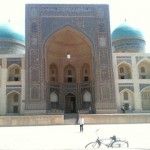 Our hamam episode would unfold itself in the following orden:

Having concluded this entertaining and cross cultural business talk I stepped out of the misty hammam back in the sun-bathed allies of Bukhara to fetch my group. Then again we entered the dark and humid world of hammam feeling as Orpheos entering the underworld trying to look for Eurodice, we tiptoed carefully in order not to slip, sat there, sweated, went out, got a strong rubbing followed by a strong massage given wholeheartedly by the day time dentist and night time hammam guy, washed off all the dead skin and dirt and entered the other room covered by a mixture of ginger and honey. Here comes my advise as the knowledgable tour leader: do NOT apply the very potent mixture on your face otherwise you´ll end up as I did: brunt, red and full of regret!